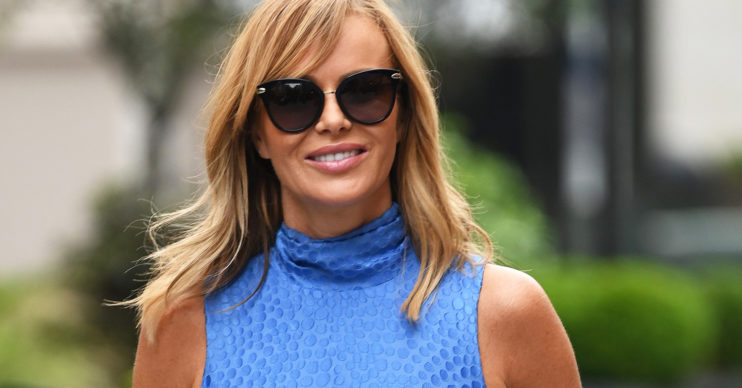 The BGT judges are close friends

Amanda Holden feared Simon Cowell was going to die after his recent accident.

The 60-year-old music mogul broke his back after falling off an electric motorcycle in August, and Amanda initially feared it could have been “fatal”.

She shared: “It was gut-wrenching. I got a text in the night and couldn’t sleep after. I felt physically sick as I didn’t know how bad it was.

It was gut-wrenching. I got a text in the night. I couldn’t sleep after.

Amanda is doing her best to support Simon, and she’s also been in touch with his girlfriend Lauren Silverman.

The Britain’s Got Talent star told The Sun on Sunday newspaper: “I sent him some Lego, cashmere socks and books and butterscotch Angel Delight, his favourite.

“Lauren is keeping his spirits up and cooking turkey shepherds pies. A producer spoke to him and says he sounds amazing, really well.”

However, TV insiders expect Simon will miss the Britain’s Got Talent final as he continues his recovery from surgery.

A source said: “He will not return to the panel in time for the final. He’s obviously a massive loss but we are happy with the very talented judging panel.”

The ITV talent show held its auditions back in January before the UK’s lockdown, and the judge admitted he regrets coming into contact with others, as he fears he might have helped spread the disease.

He said: “To be honest, when we were filming the show back in January I can’t remember anyone even mentioning coronavirus.

“If we had known back then that there was going to be this huge pandemic we wouldn’t have been walking around shaking everyone’s hands!”