TV presenter Amanda Holden has delighted fans and celebrity pals alike with a heart-warming snap of herself enjoying time away with her two daughters.

The Britain's Got Talent judge, 48, shared a photo of the three of them smiling at each other as they strolled along a beach on the Greek island of Zante.

In the pic, Amanda's eldest daughter, 13-year-old Alexa, has her arms around her mum and little sister Hollie, seven, who is seen gazing up at Amanda.

She simply captioned the post: "Last night with my #girlies #holiday #family."

Amanda's fans rushed to comment on the pic, with one writing, "Stunning" and another commenting, "Beautiful mummy and her girls".

Last night with my girlies.

A number of the Heart Breakfast co-host's pals also commented on the snap.

Actress Angela Griffin wrote, "Such a pro shot!!! You all look ace" and Amanda told her it was taken by former The Bill and Holby City star Jane Wall "with a rosè in her hand".

And former Hear'Say singer Myleene Klass, who is currently expecting her third child, put "All of you, so beautiful x" alongside a string of heart-eye emojis.

Other stars in the comments included Total Wipeout presenter Amanda Byram and Heart FM's Jenni Falconer, who both responded with heart emojis. 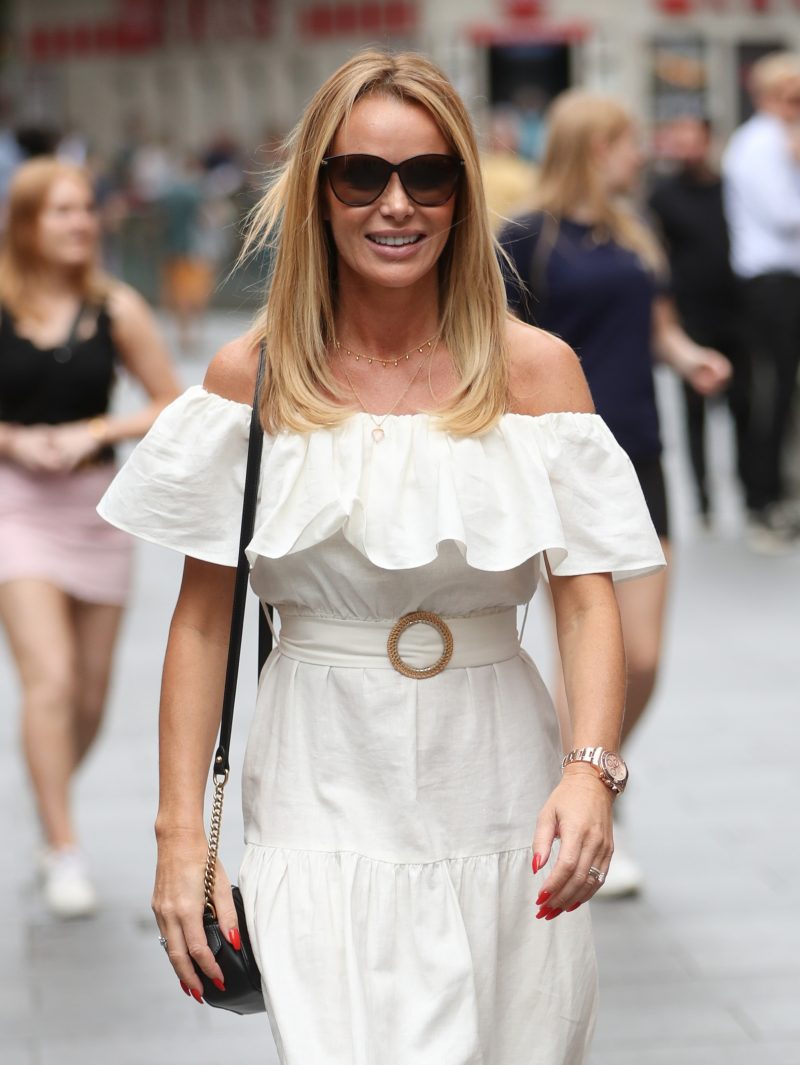 Amanda, who shares her two children with husband Chris Hughes, recently explained the U-turn in her approach to social media.

Discussing her stance during an appearance on This Is Mothership: Sofa Sessions, she explained: "They've ended up all over my Instagram. For so long we did shots of them from the back and as they've grown up, it's a pride thing, you end up being so proud of them."

#HappyFathersDay to #MyLub our girls adore him .. I didn’t think I could love Chris more! But then we had children♥️ He’s the funniest most loving Daddy and it’s a total joy watching them together.

Read more: BGT's Amanda Holden admits she once got so drunk she pooed her pants

Chris, she revealed, likes to be more private and wasn't too keen on the girls being on social media. But the turning point came when, on one occasion, he asked Amanda to upload a photo of Alexa.

According to Metro, Amanda said: "[It was] the minute he said, 'Lexi looks blinking gorgeous, you have to post that'."