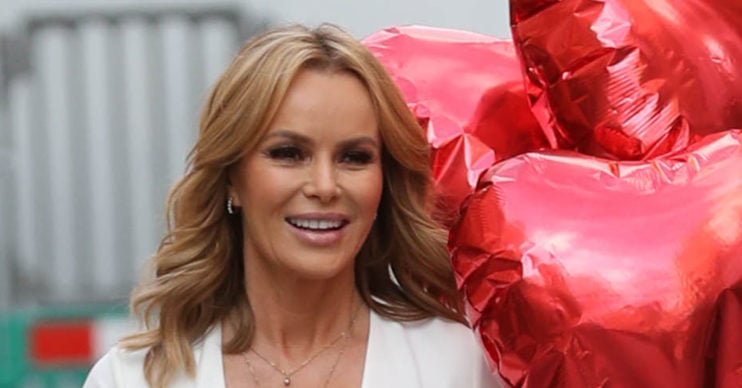 Did she do the right thing?

Amanda Holden is said to be ‘devastated’ after being accused of breaking lockdown rules.

The Britain’s Got Talent judge and radio presenter, 49, was spotted in Cornwall visiting her parents.

This is around 200 miles from her home in Surrey.

But according to Amanda’s agent, she made the lengthy journey after receiving a ‘distressing’ call from her stepdad.

In a statement Amanda’s rep said: “Amanda is aware that all families are going through difficulty during these turbulent times but received a distressing telephone call from her elderly father on Friday afternoon.”

Her rep says she is ‘aware’ of the rules

The rep added: “Amanda is aware of the travel rules and is devastated she had to break them on this one occasion.”

According to The Sun, locals reported the star to the police.

Read more: When is Jane McDonald back on TV?

One local told the paper: “She must have known what she was doing was wrong.”

Under current national lockdown rules, travel outside your local area is banned.

However, extensive travel when deemed an emergency is permitted.

The star is tested regularly for coronavirus

Meanwhile, Amanda’s rep also said that both of Amanda’s parents have received their COVID-19 vaccination.

And that Amanda is being tested weekly as part of her Heart Radio hosting requirements.

Throughout the pandemic the star has been an ardent supporter of the NHS.

She even released a single, a cover Over the Rainbow, with all proceeds going to NHS Charities Together.

She has also spoken of how much she has enjoyed lockdown on her radio show.

Amanda says she is a better person due to lockdown

In fact, she even said she’s become a better mother and wife because of it.

Back in April of last year, Amanda said: “I’m a better mother in lockdown. I’m a better wife according to my husband … I’m just a better person.”

She continued: “It’s just so wonderful to crawl up the stairs instead of having to call a cab on a Friday. It’s brilliant.

So far Amanda has not addressed the issue on social media.

Instead she has posted about her upcoming 50th birthday.

She captioned the snap: “I feel like a queen! Thanks @thisisheart for the early #50 birthday celebrations.

“I have the biggest smile on my face (and a lot of cake in my tummy!). @mikemarslandphotos.”

Do you think Amanda’s visit was justified? Let us know on our Facebook page @EntertainmentDailyFix.