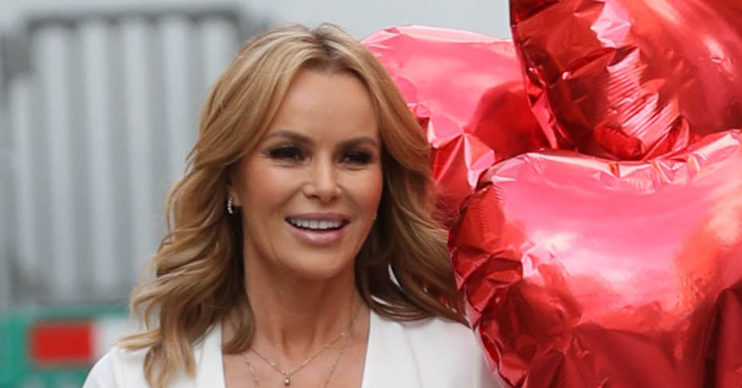 Amanda Holden says she has a very active sex life with her husband Chris Hughes who encourages her to bounce naked on their trampoline.

The Britain’s Got Talent judge and Heart radio host, 50, says Chris, 49, “can’t keep his hands off her”.

The couple married in 2008, and share daughters, Alexa, 15, and Hollie, nine, together.

And Amanda says their sex life remains hot and heavy.

Speaking to The Sun, she boasted of “primal sex” with her hubby.

She continued: “I actually tell him off because I say, ‘I don’t want to have a kiss and a grope while I’m trying to load the dishwasher’.”

She added: “Crispy’s [her nickname for Chris] up for it any time. Always. So it’s when I decide. Poor chap!”

What’s more, she said she has even spiced things up by bouncing on her trampoline in the nude.

Meanwhile just last year she said that lockdown had boosted her sex life.

She told The Mirror last May: “I know people are talking about it causing spikes in baby-making and divorce rates, but for us it has been brilliant.

“I’m too old for more babies but our relationship is stronger than ever. It’s all about the lockdown loving.”

And when speaking to Attitude magazine she said her pal Judge Rinder once gifted her a box full of sex toys from Ann Summers.

She explained: “Thank Christ I opened it on my own because it was full of naughtiness!

“Obviously, I went through it and kept the bits I thought would be useful, and then the bin men had the rest. They’re having a lovely time.”

Chris is Amanda’s second husband – she was previously married to comedian Les Dennis from 1995-2003.

Taking to Instagram at the time, they shared: “Almost 18 years together and married 12 today. I literally couldn’t live my life without this hilarious, gorgeous, clever man.”He is the best Daddy and our foundation! – My Chrispy… love you darling x.”