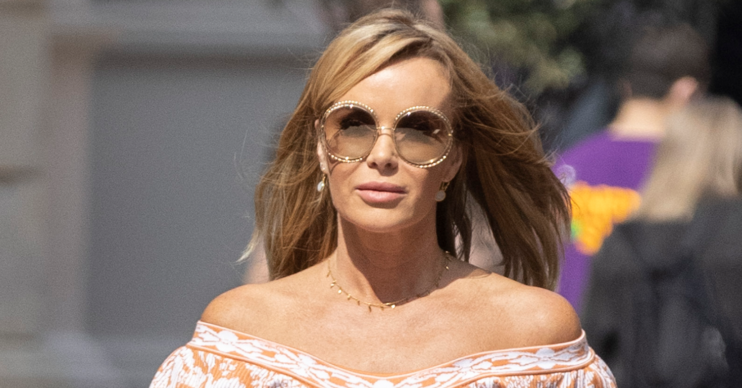 The poor star is in the wars

Amanda Holden has revealed an operation on her teeth 18 months ago has left her with a lack of sensation in her face.

Not only that, the Heart FM breakfast show DJ has also opened up about her battle with a condition called TMJ.

And, Amanda admitted, there’s “nothing” she can do to stop it.

What happened with Amanda Holden and her teeth operation?

Amanda told The Mirror that she had all four of her wisdom teeth removed four years ago.

However, her recovery from the procedure has been anything but straight forward.

And, as a result, Amanda has been left with a lack of sensation from the left side of her bottom lip and part of her jaw.

Read more: Amanda Holden delights fans as she announces the return of I Can See Your Voice

Scans showed no nerve damage, Amanda said, and her dentist thinks the feeling may return.

However, Amanda said: “I’ve had scans of it and they showed that the nerve wasn’t damaged, so they think the feeling may return. But it has been over 18 months now, so I’m not sure it will to be honest.

“It’s bizarre but you get used to it,” she said.

What is TMJ and how does it affect Amanda?

Amanda also opened up about another condition that she is suffering from, called TMJ.

She admitted she doesn’t “even know what it stands for” but said it has “something to do with your jaw”.

Temporomandibular joint (TMJ) disorders affect the chewing muscles and joints that connect your lower jaw to your skull.

And Amanda admitted she’s “tried everything” to stop it but “nothing works”.

She added: “Most people who have it grind their teeth, but I don’t. Instead I have a habit of doing a thing which means I unconsciously tense a muscle in my neck and it causes me headaches at least once a week.”

However, never one to let things get her down, Amanda this morning (September 14) flashed her knickers as she experienced a Marilyn Monroe moment.

It came when she shared a picture and a video to her Instagram Stories.

Amanda spun round in her white dress and flashed her pants!