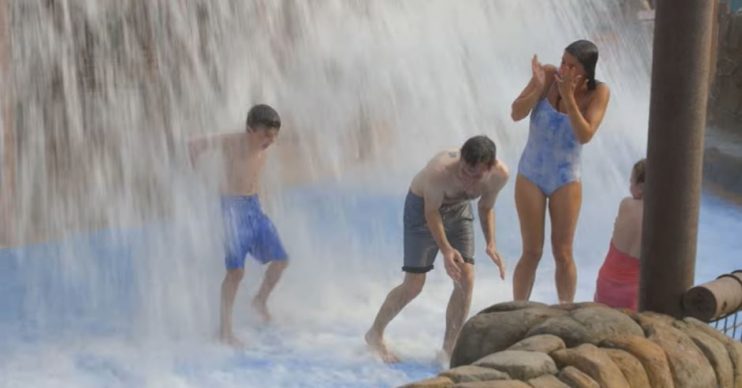 A water park attraction at Alton Towers reportedly had to close as guests complained of feeling unwell after being in the pool.

One mum who was at the Splash Landings attraction in Staffordshire with her toddler on Tuesday (March 3 2020) revealed how she felt “dizzy” and her throat felt as though she was “swallowing fire”.

Describing the incident to the Mirror, Sammi Bristow, 31, told the newspaper: “We were getting out of the pool to get the little one some dinner.

“All of a sudden, I felt really dizzy and sick and my throat was burning so much I desperately needed a drink. It felt like I was swallowing fire.

“[The place] smelt a bit like turps, as if someone had been painting.”

She then told her partner they needed to go home as she didn’t “feel right”.

When they were leaving, Sammi told the publication, they saw other people speaking to the lifeguards and then people were urged to “get out of the pool”.

All of a sudden, I felt really dizzy and sick.

Speaking further, she said others there had experienced “eye irritation” but she didn’t – and her toddler, Kye, was fine.

She also claimed that she spoke with staff at Alton Towers on Tuesday and they told her they hadn’t yet discovered what caused the incident.

As reported by BBC News, paramedics, firefighters and police were sent to the theme park along with an air ambulance, amid reports of people experiencing “irritation of the eyes and throat”, a spokesperson said.

In total, 39 people were affected, including six children. After being assessed, they were all discharged and required no treatment, emergency crews said.

A spokesperson for Alton Towers quoted by the Mirror said the park remained closed yesterday (Wednesday, March 4 2020) and today and apologised to guests “for any inconvenience” caused.