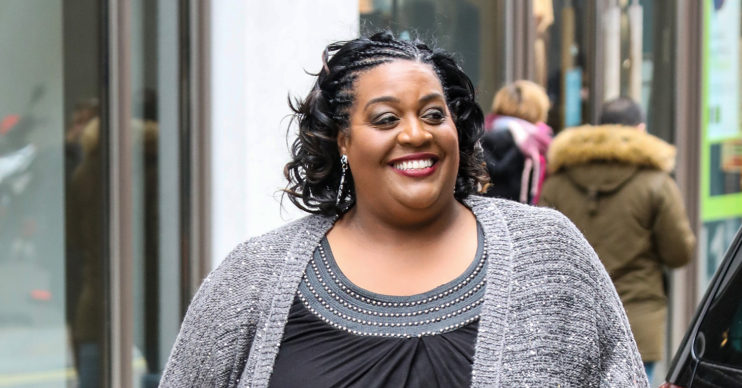 Alison Hammond ‘lined up for own chat show’

Could the popular telly personality be leaving This Morning?

Alison Hammond is reportedly being ‘lined up’ to have her own chat show.

The popular This Morning presenter, 45, may be about to get her own television series.

Apparently the bubbly star has even recorded the first pilot episode.

According to The Mirror, the show is called Happy Hour and will air on ITV.

Is Alison Hammond getting her own show?

And it’s all go for the media personality.

She is now hosting This Morning for the first time as Phillip Schofield and Holly Willoughby take their summer break.

And she has also taken over from Rylan Clark-Neal over on Radio 2 as he takes a well earned rest as well.

She said of her new Radio 2 role: “They’ve put me in charge, just me!”

In addition, Alison said: “I’ve never DJ’d in my life. I hope people like me. What if they’re like: ‘Where’s Rylan? Get him back!'”

What did Alison Hammond say?

Addressing her fans, she said: “I’ll be keeping Rylan’s shoes warm on @BBCRadio2 this Saturday.

“If you fancy a little Ali love come and join us. I’ve got some fab tunes lined up to see you through.”

Alison first found fame when she appeared in the third series of Big Brother in 2002.

However, despite being the second housemate evicted, she caught producers’ eyes, and she was soon presenting on the telly.

She has since become a regular on This Morning.

Meanwhile, Alison has also appeared in a string of celebrity themed reality shows.

She’s competed on Strictly, entered the jungle on I’m A Celebrity… Get Me Out Of Here! and competed on Celebrity Fit Club.

What’s more, Twitter users have even been urging Alison to move stateside and replace Ellen Degeneres on The Ellen Show.

After claims online that Ellen is a toxic person to work for, rumours have spread over who (if anyone) could replace her.

Meanwhile, the surprising plea went on to be retweeted over 1,000 times.