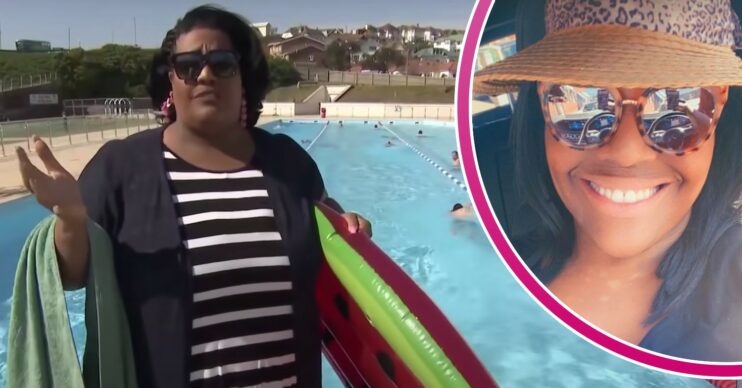 The telly fave, 47, who hosts This Morning alongside Dermot O’Leary, finished up on the ITV show for the summer just over a week ago.

She and Dermot had enjoyed two weeks on the sofa filling in for Holly Willoughby and Phillip Schofield before taking a break themselves.

Alison Hammond jets off on holiday

Yesterday (Tuesday August 2) Alison shared a selfie showing her and son Aiden that suggested they were either travelling or already on holiday.

Alison didn’t tag the upload’s location, nor mention where they were in the caption.

But she did write “happy holidays”  alongside the pic. And a response from a  celebrity pal suggested they are closer to the start of the holiday than the end.

Read more: Big Brother to return in 2023 as bookies reveal favourites to host

“Have a wonderful time you two,” Josie Gibson said as she wished them well.

Additionally, beauty broadcaster Ateh Jewel, who appears on This Morning, added: “Have so much fun!”

Whatever their travel arrangements, it certainly seems that Alison and Aiden have reached their destination by today (Wednesday July 3).

That’s because Alison shared a Story pic that showed her in a holiday hat and sunglasses.

And the reflection in her sunnies also suggested she took the selfie Story image in the driver’s seat of a left-hand drive motor.

However, Alison’s top proved much more eye-catching than those other details.

But despite the top sounding like it should be revealing, the much-loved star was still all covered up.

Who else will present This Morning this summer?

Josie and Craig Doyle have already held the fort following Alison and Dermot’s ‘end of term’.

Josie and Rochelle are both scheduled to return, too, swapping presenting partners.

Ruth Langsford will team up with Rylan, and Rochelle will present with Andi Peters, too.

Phillip and Holly are then due to be back on the box on September 5, meaning Alison and Dermot slip back into their usual schedule.