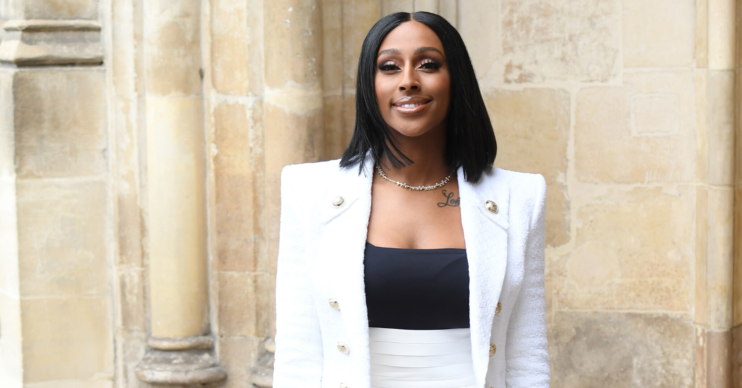 She spoke out in a candid video

In an open video, X Factor winner Alexandra Burke has spoken out about her experiences within the music industry.

The 31-year-old singer, who also appeared on Strictly, held back tears as she revealed some of the things that were said to her during her time in the music industry.

At the start of the video, which was posted on Instagram,  she says: “This isn’t a video to bash anyone, this isn’t a negative video, this isn’t that kind of thing at all.”

I felt it was time to speak up… This is a scary moment for me. I didn’t always want to speak up.. but it is the right thing to do. So, here’s my truth, the positive and the emotional. 🤍 Side note: When I talk about ‘not seeing colour’ I’m not referring to the idea of being blind to skin colour, I’m talking about the notion within the music industry and institutionally that whiter is better. Why does an industry that should be focused on vocal ability spend so much time dictating an artists worth on their colour?

She explained that she had been on The X Factor twice, aged 16 and 19. When she was 16 she got as far as the judges’ houses. She was told she hadn’t made it through.

But, an unnamed person said that they would sign her a couple of months after. She was told to call them.

She said: “I remember calling this particular person and saying to him: ‘I’m in the position where I’m ready to start working, I’m eager, I’m good to go.’

“The response I got was: ‘I already have one black artist, I don’t need another.'”

A passion for music

Alexandra won X Factor in 2008. She said: “The music industry is such a funny little place. I love singing, I love what I do, but if it wasn’t for the love that I have for music, I definitely wouldn’t be in this industry.”

She explained that she was told she needed to work ‘ten times harder’ because she wasn’t white. Alexandra was also given a shocking instruction when she was young.

“I got told to bleach my skin, and that was something I refused to do. It’s absurd to me that someone can even remotely say to someone: ‘Bleach your skin so that you can look whiter’.

“Still to this moment it breaks my heart that I was told that.”

The star added: “I’m really trying my hardest to hold back tears because it’s really heartbreaking.”