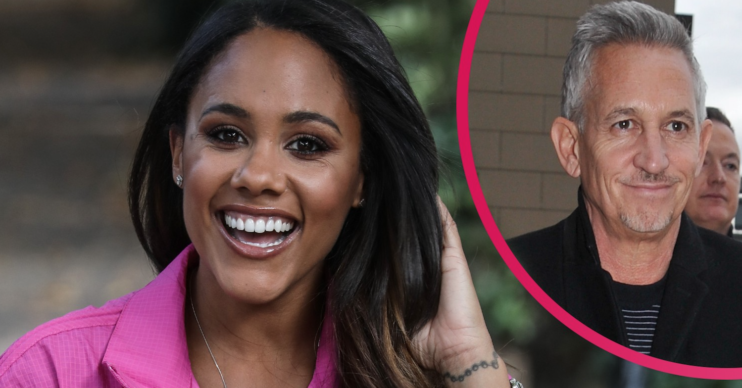 Alex Scott tipped to ‘become the next Gary Lineker’

She's had a brilliant TV career so far

In the latest Alex Scott news, the star is being tipped as a ‘potential successor to Gary Lineker’, according to reports.

Former England football star Alex, 36, has enjoyed a meteoric rise since she retired from the game in 2017.

What is the latest Alex Scott news?

Brilliant Alex recently appeared as part of the BBC’s Euro 2020.

She will also take centre stage during the upcoming Olympic Games in Tokyo.

Alex co-hosts coverage of the opening ceremony next week in addition to the nightly The Games Today highlights package.

And recently, the BBC confirmed that Alex would be the next host of iconic Saturday lunchtime show Football Focus.

She has also landed a job hosting new BBC quiz show, The Tournament.

The Mirror reports that the BBC is delighted with her progress and has high hopes for Alex.

A source said: “Alex has enjoyed a meteoric rise since hanging up her boots.

“She rates really highly in viewer feedback and it will be interesting to see how she fares doing a quiz.

“But everyone is really confident it will fly too.”

What did Alex say about her new quiz show?

Upon landing the quiz show presenting role, Alex could barely contain her excitement.

“To be hosting this new BBC quiz show is exciting and I can’t wait to get started,” she said.

“The Tournament promises all the drama and tension of a penalty shootout; it’s a show where favourites can be knocked out of the competition and underdogs can come back from the brink of defeat to claim victory.

“I’m sure it’ll be a firm favourite with quiz fans and new viewers alike.”