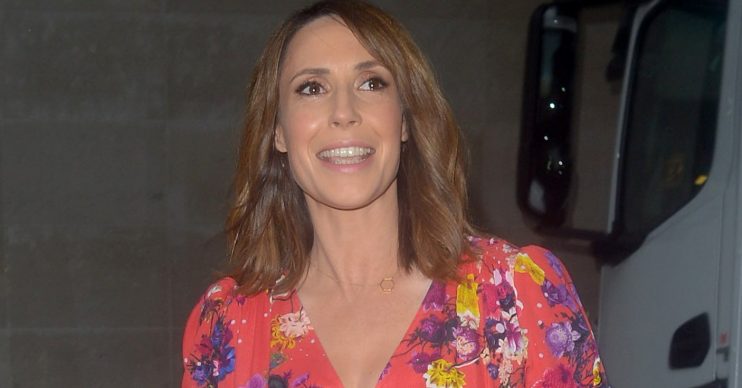 She has two kids

Alex Jones says she and husband Charlie Thomson aren’t having any more children “for the sake of the planet”.

The 42-year-old presenter has admitted she and her spouse – who have two-year-old son Edward Alun Burrel Thomson, known affectionately as Teddy, and nine-month-old Kit – have decided they do not want to expand their brood any further, for environmental reasons.

The star also said it’s because Alex feels she is “too old” to have another baby.

Read More: Piers Morgan reveals when he’ll be back on Good Morning Britain

In an interview for the April issue of Good Housekeeping magazine – of which she is the cover star – the mother-of-two admitted: “Charlie is adamant that for the sake of the planet, two children is enough.

“And I think I’m too old to have another child now, anyway.

“It happens for a lot of people and good for them, but we’re just glad we have two healthy children.”

Charlie is adamant that for the sake of the planet, two children is enough

Alex also confessed that she feels like an “absolutely awful” mother sometimes, but says it’s normal and mums shouldn’t feel “too scared” to admit they are having a bad day.

She told the publication: “For me personally, some days I don’t think it’s possible. It’s a struggle. I try to be the best mother I can be, but some days I’m absolutely awful at it.

Back to work today. So many different feelings. Anxious about leaving the boys, excited to be back on the show. As soon as I put lipstick on this morning, little Ted looked at me with his huge brown eyes and asked “where are you going mummy?” It nearly killed me, but it’s time to go back and I’m looking forward to going back to a job I love, but my goodness, I’ll miss these two. So here we go…the juggle begins.

“Life isn’t this series of perfect days where work is going amazingly and you’re a brilliant wife … that’s how it is for everybody I think, but people are just too scared to say it.”

The co-host of BBC One’s The One Show also admitted that she wishes she had taken more time off after first child Teddy was born, but ultimately balancing work with motherhood has made her “a little bit more resilient”.

She explained that she’s “made unrealistic promises before I went off to have a baby”.

Alex said she “had this fear it would interfere, that I’d have to compromise my work life”.

Happy anniversary to us.

Alex added that she now realises “that was ridiculous because in fact I think it makes you better at work” and it makes her “a little bit more resilient, which is what you have to be in this industry – and in life”.

Read the full interview in the April issue of Good Housekeeping, out now.