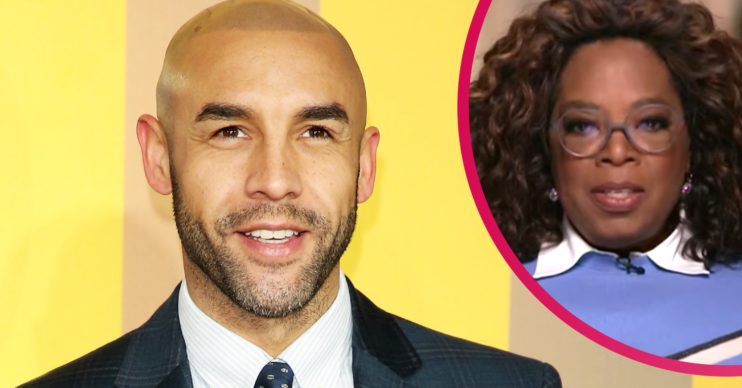 A source claimed he's eyeing up deals across the pond

GMB presenter Alex Beresford is reportedly set to crack America in a bid to become a “global star” following his on-air row with Piers Morgan.

The weather expert, 40, clashed with Piers over comments the latter made about the Duchess of Sussex, Meghan Markle, in the wake of her interview with US host Oprah Winfrey.

Now, it’s claimed Alex is eyeing up new opportunities in the US, including offers from American news and radio programmes.

The Sun reported that the presenter also has a potential book deal in the pipeline.

GMB star Alex Beresford to crack the US?

A source told the newspaper: “He sees this as his chance to be a global star. He was featured on the Wendy Williams show and has featured extensively in the New York Times and LA Times.

“Alex has been so overwhelmed by the support he had to have a few days off work and he’s currently exploring all of his options.”

The Sun also reported that Alex has the backing of Oprah.

The source continued: “Alex has been inundated with messages of support from A-list stars close to Meghan including Beyoncé’s mum Tina who has been messaging him and even Oprah has reached out by following him on Twitter.”

They went on to claim he told his agent he “wants to crack America” and doesn’t think he will be on breakfast TV for the rest of his career.

Last week, Piers and Alex clashed during a live chat about Meghan Markle and Piers stormed out of the studio, before returning to continue the discussion.

ITV subsequently announced Piers was parting ways with Good Morning Britain after presenting on the show for six years.

He had to have a few days off work and he’s currently exploring all of his options.

Alex later broke his silence on what had happened and told his social media followers he never wanted Piers to quit.

Posting a statement to Twitter on Thursday (March 11), he said: “There is so much that could be said. Piers’ departure sincerely wasn’t the conclusion I was hoping for.

“Over the last few years, Piers and I have had a lively, cheeky on-air relationship. We both wanted to be on the show Tuesday morning, and from our very public conversations on Twitter, we both knew how strongly our opinions differed on the treatment of Harry and Meghan pre and post the interview that has split the world.”

Writing further, Alex revealed he had hoped they could “reach a place of understanding” and was “sad” that they hadn’t been able to do so.

The weather presenter concluded: “I didn’t want him to quit, but I did want him to listen.

“Personally, Piers has always supported my growth. He’s given me advice on several occasions and for that I am grateful. I wish him well!”