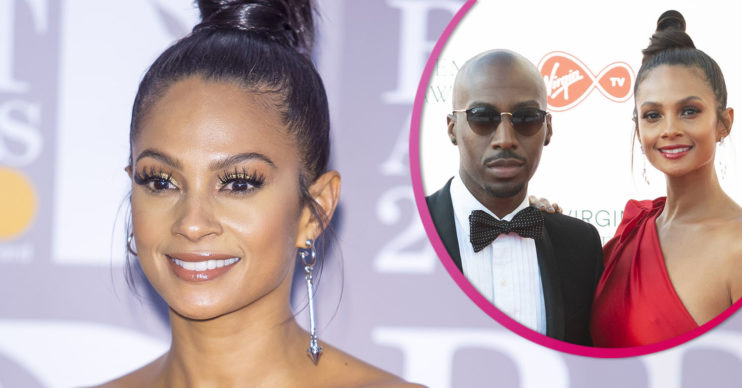 Alesha enjoyed the sunshine with her family

Alesha Dixon has delighted fans by sharing a photo with her husband and daughters.

The Britain’s Got Talent judge, 41, shared the snap to Instagram on Wednesday as she and her family relaxed in the sun.

In the image, Alesha’s youngest daughter Anaya is seen sitting on her lap as her eldest little girl Azura cuddles up to her baby sister.

What did Alesha Dixon say?

Alesha’s husband Azuka Ononye smiles behind his wife and daughters.

Fans gushed over the picture.

Another wrote: “What beautiful children you have!! Lovely family.”

A third commented: “Such a gorgeous family.”

A report claimed Lauren had a “showdown” with Alesha over fears she was too close to Simon on Britain’s Got Talent.

It was claimed the confrontation happened backstage at auditions in London and left judge Alesha shaken and upset.

However, Alesha has hit back at the reports on Twitter.

What did Alesha say?

The singer wrote: “First class journalism at its best again! Don’t let the truth get in the way of a good story!

First class journalism at its best again! Don’t let the truth get in the way of a good story! How long can they keep getting away with this negative, toxic behaviour! Lauren has been nothing but gracious to my family! Have you learnt nothing from Caroline’s passing! #bekind

“How long can they keep getting away with this negative, toxic behaviour!”

She added: “Lauren has been nothing but gracious to my family! Have you learnt nothing from Caroline [Flack]’s passing! #bekind.”

What beautiful children you have!! Lovely family.

Alesha’s comments came after The Sun alleged the incident took place before lockdown.

A source claimed: “Lauren took Alesha to a curtained-off room back stage during a break.

“It’s a communal area where crew make teas so it caused quite a reaction when a lot of people were stopped from going in.

“About 15 minutes later Alesha emerged looking shaken and had to have a quick glam touch-up and be whisked straight back on set.”