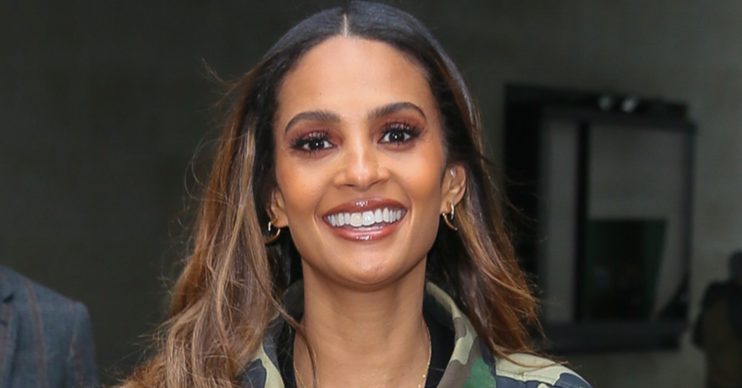 Alesha Dixon fans on Instagram said the singer and presenter looked ‘hot as hell’ as she showed off her toned body in her underwear.

The Britain’s Got Talent judge, 42, wowed her social media followers when she posted a couple of snaps of herself posing in a dressing room.

On Instagram on Friday (March 26), Alesha posed for two pictures in a pair of dark knickers and white crop top.

They showed her looking carelessly off-camera, casually leaning on a garment rail.

The ITV favourite wrote in the caption: “Looking at absolutely nothing.”

In the comments, stunned fans said she looked “beautiful” and called her “queen”.

One wrote: “We’re looking at a masterpiece right here.”

“Legs for days!” gushed a third.

“Stunning,” wrote a fourth, alongside two fire emojis, while someone else said, “Beautiful mama” and another said she looked “hot as hell”.

Alesha has two daughters with husband Azuka Ononye, whom she married in 2017.

Their kids are Azura, seven, and Anaya, one.

Earlier this year, Alesha melted hearts with gorgeous throwback snaps of herself and her eldest child on Instagram.

The ex Mis-Teeq star shared pictures of herself with Azura while describing her as her “mini-me”.

The photos, one of which was black-and-white, showed them in matching floral-patterned dresses that Alesha co-designed.

Further, the mum sounded nostalgic as she wrote: “Love this sweet picture of Azura and I wearing one of mine and @nicola.atkinson’s designs #minime #throwback.”

It came shortly after Alesha revealed she was missing the blue skies and white sandy beaches of a recent holiday she enjoyed with husband Azuka and their girls.

Posting a picture of herself climbing a palm tree in a leopard-print swimsuit, Alesha admitted she missed being away amid the UK’s third national lockdown.

She wrote in the caption: “Missing this beautiful island! Just looking at this blue sky makes me feel good!”