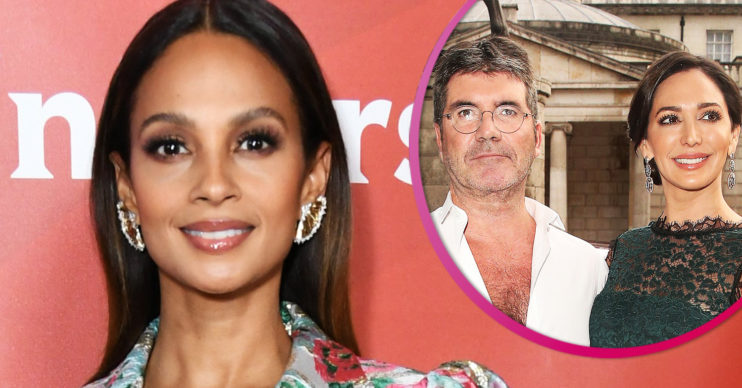 She called the reports "toxic"

Alesha Dixon has denied reports she had a row with Simon Cowell‘s girlfriend Lauren Silverman.

A report claimed Lauren had a “showdown” with Alesha over fears she was too close to Simon on Britain’s Got Talent.

It was claimed the confrontation happened backstage at auditions in London and left judge Alesha shaken and upset.

However, Alesha has hit back at the reports on Twitter.

What did Alesha say?

The singer wrote: “First class journalism at its best again! Don’t let the truth get in the way of a good story!

“How long can they keep getting away with this negative, toxic behaviour!”

She added: “Lauren has been nothing but gracious to my family! Have you learnt nothing from Caroline [Flack]’s passing! #bekind.”

First class journalism at its best again! Don’t let the truth get in the way of a good story! How long can they keep getting away with this negative, toxic behaviour! Lauren has been nothing but gracious to my family! Have you learnt nothing from Caroline’s passing! #bekind

Alesha’s comments came after The Sun alleged the incident took place before lockdown.

A source claimed: “Lauren took Alesha to a curtained-off room back stage during a break.

Lauren has been nothing but gracious to my family!

“It’s a communal area where crew make teas so it caused quite a reaction when a lot of people were stopped from going in.

“About 15 minutes later Alesha emerged looking shaken and had to have a quick glam touch-up and be whisked straight back on set.”

The insider added that Lauren “departed and never returned for the rest of auditions in London and Manchester”.

It was alleged that crew members said Lauren “didn’t like the fact Simon and Alesha whispered to each other in recording gaps”.

Ent Daily has contacted reps for Simon and Lauren for comment.

Meanwhile, the Britain’s Got Talent finals have been postponed due to the coronavirus pandemic.

Will the show film without an audience?

Last month, reports claimed the programme may film the finals without an audience for the first time ever.

Read more: Britain’s Got Talent ‘to film finals without an audience but Simon Cowell may disapprove’

However, Simon has previously admitted he didn’t like filming America’s Got Talent without an audience.

He told PEOPLE magazine: “I wouldn’t want to do that again in the future.

“The expression, ‘The show must go on,’ to a point, we did as much as we could. And then after two days, we realised we had to finish.”