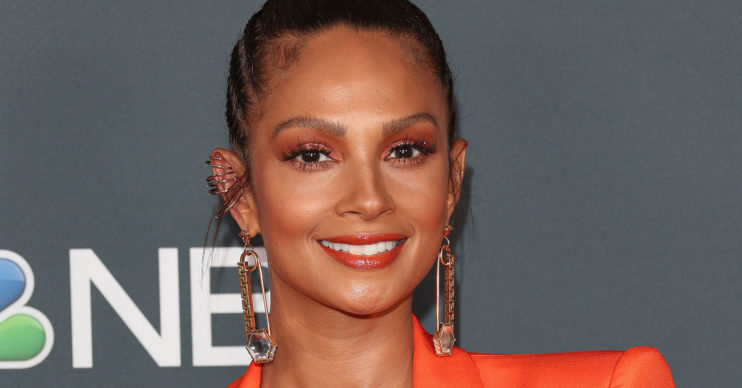 Britain’s Got Talent judge Alesha Dixon has revealed that she’s considered having another child.

The 41-year-old star only gave birth to her daughter, Anaya, eight months ago – her second with husband Azuka Ononye.

But in a candid interview, she admitted that the thought of adding to their brood has crossed her mind on more than one occasion.

Alesha – who also has a six-year-old daughter, Azura – was speaking on the podcast Happy Mum, Happy Baby, presented by bestselling author Giovanna Fletcher.

She revealed: “Why wouldn’t I want another baby? I have days when I say: ‘Absolutely no way. Two is great, this is manageable.’

I don’t want to say ‘I’m pregnant’ when people don’t even know I’m in a relationship, and then distract from the show.

The former Mis-Teeq singer also revealed that she was secretly pregnant with Anaya while filming last year’s series of Britain’s Got Talent.

Explaining why she hadn’t spilled the beans, she told Giovanna: “I don’t want to say ‘I’m pregnant’ when people don’t even know I’m in a relationship, and then distract from the show.

“In my mind, I was like: ‘Let’s just finish the show so that it can have its moment without any pregnancy malarkey, and then we can announce that we’re pregnant.”

This isn’t the first time that Alesha has suggested that she would like to have another baby.

Back in February, she made an appearance on This Morning, where she addressed the fact that presenter Rochelle Humes was pregnant.

She told Rochelle and Eamonn Holmes: “I’ll go again next, because I’m running out of time.”

Last week, Rochelle took to Instagram to share an adorable photo of her whole family together, captioning it “My loves.”

At the time of writing, the lockdown snap has received more than 80,000 likes.

Alesha is believed to have met dancer and choreographer Azuka in 2012, but although they are rumoured to have tied the knot in 2017, they’ve never publicly confirmed it.

The BGT judge was previously married to So Solid Crew rapper MC Harvey. However, the couple divorced just a year after their wedding.