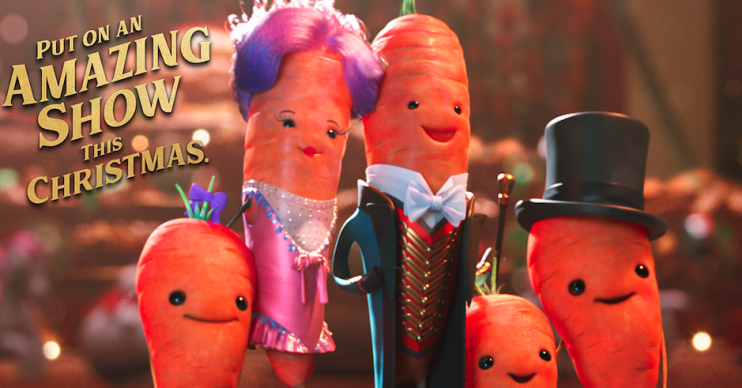 Proceeds were supposed to go to charity…

If any little ones have a Kevin the Carrot festive toy on their Christmas lists, parents need to be prepared to dig deep.

After “unprecedented” demand, the toys have sold out in store and online.

Now it seems you can only get your hands on one if you’re prepared to pay up to £1,000 on auction site eBay.

The news comes after a day of chaos that saw Aldi customers scrambling to get their hands on the toys when they were released in store yesterday (November 28).

They had previously sold out online and shoppers were reported to have queued outside stores from 6.30am to try and snap up one of the toys.

Kevin is the star of bargain supermarket Aldi’s Christmas advert.

Sales of toys sold in store are going to the Teenage Cancer Trust charity.

Those who missed out on buying the toys – which retail at £19.99 for the giant Kevin plush toy and £11.97 for the Kevin and family bundle – now face a whopping bill if they want to nab one.

A full set – including giant Kevin, Katie and their children, plus Russell Sprout and Tiny Tom – was listed for £475.

The price is more than six times what it would cost to buy from the store.

One seller was selling a giant Kevin for a buy it now price of £1,000.

An Aldi spokesperson said: “Aldi has received reports of queues and products are expected to sell out within hours in certain stores, leading to some customers being unable to get their hands on a Kevin toy.”

Indeed, shoppers took to Twitter to vent their frustration, calling those who are selling the toys for profit “disgusting”.

At least #Aldi are donating money raised to charity for #KevinTheCarrot merchandise. The people who are selling them eBay for profit are disgusting

Do people have no shame? Buying the #kevinthecarrot toys at #aldi and then selling them on eBay a wildly inflated prices. All money is supposed to go to #teenagecancertrust but I guess low lifes want to picked any money for themselves 😒

Gutted didn’t get a #KevinTheCarrot again this year from @AldiUK , most annoyed that people were buying loads solely for putting them on eBay … Aldi should have done one per person ..

@Aldi Kevin the carrot sprout and tomato sold out within minutes of store opening yet lots of people selling on eBay for stupid prices already. Why can’t you limit per customer to give kids the chance of getting one instead of people buying to make a profit #Aldi #frustrated

Did you get your hands on one of the toys? Tell us on our Facebook page @EntertainmentDailyFix.