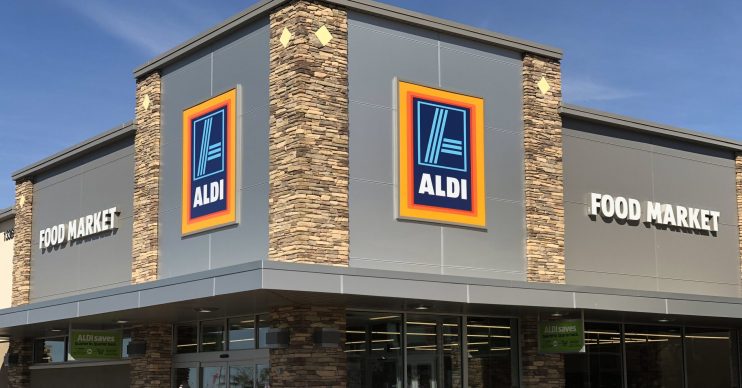 Have you used them yet?

They were first trialed at the Aldi store in Tamworth, Staffordshire, last spring.

However, Aldi has now extended the trial to other stores, including Bedford (Bedfordshire), Bishop’s Stortford (Hertfordshire), Manchester Arndale (Manchester) and Woodgate (Leicester).

Aldi hasn’t said how long the self-checkout trial will last but, if successful, it could be rolled out into more branches nationwide.

The budget supermarket has said, though, that no store will be completely self-service.

Shoppers haven’t given much positive feedback on the tills as yet, with many using the Aldi Shoppers UK Facebook group to complain and say that they’re boycotting the do-it-yourself tills altogether.

One said: “I avoid them like a plague as I always end up having to get an assistant to help me and then I look like a nincompoop.”

Another added: “No, not for me, I like to have a chat with staff!”

A third revealed: “I refuse to use them. They are doing people out of a job in my opinion.”

Another said the tills could never replace staff as they were too “slow” to use.

Read more: UK restaurant accused of a “whole new level of sexism” after it sells a smaller steak for women

They said: “Hate the self-serve tills as they’re always going wrong, and then have to wait forever for someone to come along to sort it out.”

“I think it would take longer to get through the checkouts. People will be frustrated,” another worried shopper said.

Aldi’s checkout staff famously have a nationwide reputation for being breathtakingly quick and efficient – sometimes too quick for you to keep up with bagging your shopping!

Another wondered how in-store discounts would be applied to items on a self-service till.

They said: “How would a self service till take the 50 per cent off red sticker items?”

I avoid them like a plague as I always end up having to get an assistant to help me and then I look like a nincompoop.

“It’s good for people who only have a couple of items in their baskets,” said one happy customer.

Another added: “Love them when popping in for a couple of things.”

Aldi revealed that it has extended the trial following what it calls “positive feedback”.