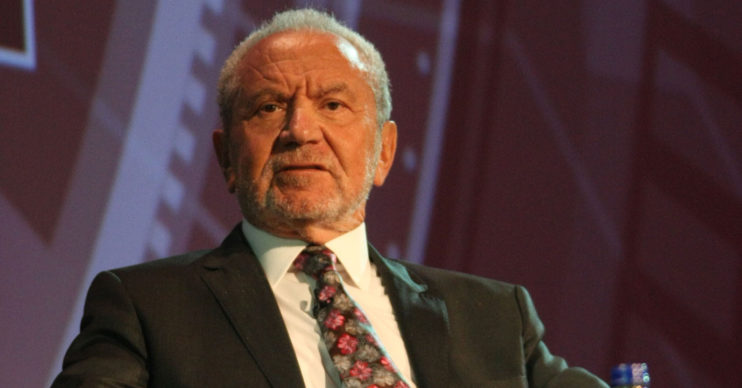 Over his interview with Victoria Atkins

Lord Alan Sugar has dragged the mum of his arch nemesis Piers Morgan into their feud and branded the Good Morning Britain host a “bully” and “disgrace”.

Presenter Piers, 55, caused a stir on GMB earlier today (Tuesday, April 28) when he clashed with Home Office minister Victoria Atkins in a row over PPE.

Afterwards, business magnate Lord Sugar hit out at the presenter – and even brought his mum into the equation.

“You are an utter disgrace @piersmorgan,” he ranted on Twitter. “I don’t know who the hell you think you are on your self-appointed tirade against the GOV.

“I wonder if Mrs Morgan senior (your mum) is proud of you. You need help. You are a bully.”

During the interview in question, Piers was furious as he accused Home Office minister Victoria Atkins of laughing at him.

The Minister for Safeguarding was on to talk about the rising levels of domestic abuse cases during the coronavirus lockdown.

But Piers steered the conversation onto the BBC Panorama investigation into the lack of PPE such as gowns, visors for frontline NHS staff.

He asked: “On March 19, the UK downgraded COVID-19 from HCID, which is the high consequence of infectious disease category.

“It requires a very high level of PPE, legally, for health workers. It was downgraded. I just want to know why?”

The MP insisted the government had followed scientific advice throughout the pandemic. But Piers interrupted her and demanded to know if she knew the reason behind the downgrade.

When Victoria argued she’s “not a scientist”, Piers clapped back angrily: “No, you’re just a government minister in charge of safeguarding.”

At that the MP appeared to laugh, causing Piers to fume: “Well you can laugh. I don’t know why you all keep laughing when I talk about this. It’s not funny!”

Earlier this month, Piers had to hit back at claims he bullied MP Helen Whately on the programme.

He was investigated by Ofcom after the regulator received thousands of complaints, but was later cleared of wrongdoing.