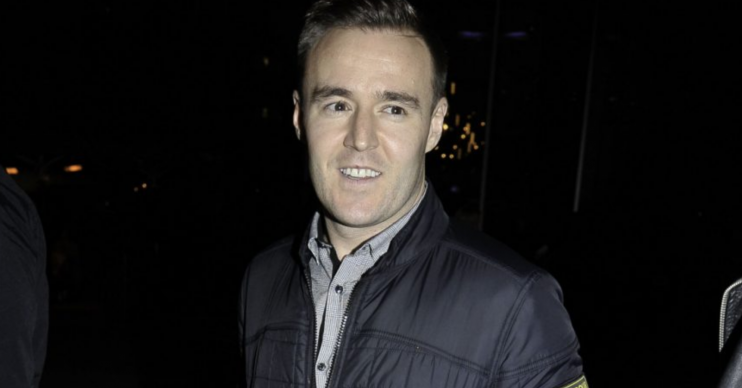 Soap supporters can't get enough of their bromance

Soap pals Alan Halsall and Andy Whyment had Instagram fans in stitches after the Tyrone Dobbs actor shared a hilarious pic of the pair together.

But was it Alan who was the focus of Andy’s attentions, or was it the large glass of what appears to be red wine he was sipping from instead?

Either way, it is clear the two Manchester United fans can still see the funny side – even after their side fell to local rivals Burnley at home earlier this week.

“Relationship advice to anyone,” Alan joked in the pic’s caption.

“Find yourself a woman/man that looks at you the way that @andywhy36 looks at me.”

Fans bombarded the post with thousands of approving Likes, as well as dozens upon dozens of laughing emojis in the comments section.

Also giving the snap the thumbs up were former Corrie actors Ryan Thomas and Natalie Gumede, who played Jason Grimshaw and Tyrone’s ex Kirsty on the cobbles respectively.

“The look of love,” joked one follower.

And yet another commenter added: “He’s hoping you’ll save him some.”