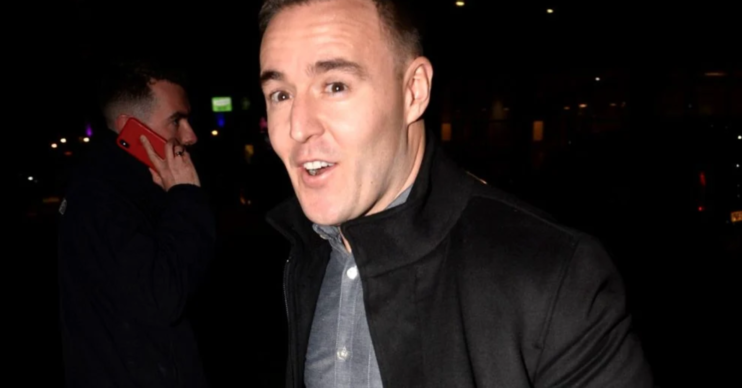 The 37-year-old dad shared the snap on Saturday night – and it showed him and daughter Sienna-Rae beaming.

Looking into the tilt-angled lens, the heartwarming image portrayed him laying on the floor with her on his chest.

A clearly-proud pop captioned it: “Each day of our lives we make deposits in the memory banks of our children.”

Many of his Instagram followers were moved by the sweet sight, with many praising his dad skills.

“You come across as such a good dad,” one person commented.

What a beautiful moment.

“I really enjoy your posts but your ones about Sienna always melt my heart.”

A second fan wrote: “Beautiful. She looks so happy with you.”

And a third added: “What a beautiful moment.”

With many others remarking on how alike the pair look, yet another fan concluded: “You can’t beat a good dad and daughter pic.”

However, this isn’t the first time Alan and Sienna-Rae have charmed his followers during the pandemic.

Just a couple of weeks ago they both revealed a very new look after messing around with hair chalk.

That image showed him with purple and yellow in his hair along with blue eyebrows and a pink moustache and beard.

Sienna-Rae’s locks were tinted with purple and pink.

It also attracted positive reactions from his soap mates such as Samia Longchambon and former Corrie actor Ryan Thomas.

A fan gushed: “One of the joys of fatherhood mate and having young children.”

Alan also made a special effort for this darling daughter back in March after McDonald’s closed up its UK restaurants.

When Sienna wants a McD but we’re in lockdown ! #McDaddy ♥️ pic.twitter.com/tu9LRCPEKd

He used a little cardboard box, chips, chicken nuggets, a small pot of tomato sauce, a fruit shoot and a toy to make her her own Happy Meal.

Castmate Alexandra Mardell, who plays Emma Brooker, tweeted in reply: “This is so cute!”

And Sally Carman, who plays Abi Franklin, added: “You are too much.”

An ITV spokesperson recently revealed a return to filming for Corrie is in “the final stages”.