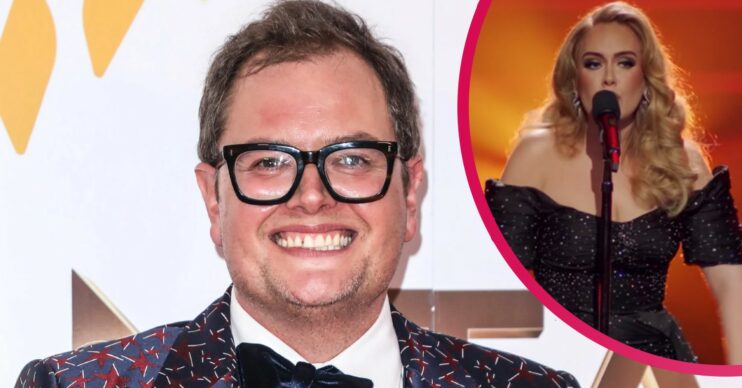 The 45-year-old comedian is set to host The Royal Variety Performance on ITV tonight (December 19).

This year’s event will see Prince William and Kate Middleton in attendance.

Ahead of hosting the special event, Alan previously opened up on his weight last year.

In an interview with The Sun, the star shared how he managed to shed the pounds.

He also explained that pal Adele inspired him to change his lifestyle.

The pair have been friends for years, with Alan recently featuring on Adele’s recent ITV special .

It came after the comedian shared a snap of himself to raise awareness of Neuroblastoma UK.

Many of his followers highlighted his weight loss and commented on how he looked.

“Not sure what you’ve done, but you look so young,” one said at the time.

Another wrote: “Alan you look amazing.”

Adele has reportedly lost seven stone since embarking on her weight loss journey.

However, she admits she still has hang-ups about her body.

In an interview with The Face magazine, she said: “I don’t know if I feel different.

“I still have things about my body that I don’t like.”

Read more: Alan Carr’s husband ‘to have holes drilled in skull in operation before Christmas’

The singer added: “They’re not insecurities. But on the cover of Vogue, they were all trying to put me in sleeveless dresses.

In addition, she revealed she can “run around with my kid a little bit more” now.