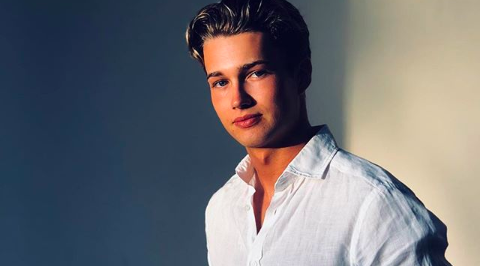 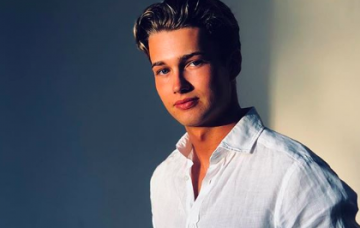 Both his sons were attacked by eight men

We’re still in shock over the terrible attack on AJ Pritchard and his brother on Boxing Day.

And now the Strictly Come Dancing star’s dad has broken his silence to confirm his two boys are “coping well.”

Speaking to local news outlet, Stoke On Trent Live, Adrian Pritchard confirmed both AJ, 24, and Curtis, 23, are “coping well with everything under the circumstances”.

The brothers were attacked by a gang of men at around 2am on December 27 during a night out in Nantwich, Cheshire.

The Strictly pro was left with bruises all over his face and body, while Curtis, who is also a dancer, needs surgery.

The singers friends and colleagues have rushed to offer their support after the awful incident.

Professional dancers from the BBC show, Katya and Neil Jones, Aljaz Skorjanec, Giovanni Pernice and Dianne Buswell were among the stars to offer support to their friend AJ, 24, and his 23-year-old brother, who works on the Irish version of Strictly called Dancing With The Stars.

Katya tweeted: “I can’t believe what happen to @Aj11Ace and @CurtisPritchard. Sending lots of love your way. It’s Christmas people! Where is humanity going? #disappointed.”

Her husband Neil Jones added: “Disgusting what happened to @Aj11Ace and his brother @CurtisPritchard and I hope they catch everyone involved.”

I can’t believe what happen to @Aj11Ace and @CurtisPritchard . Sending lots of love your way. It’s Christmas people! Where is humanity going? #disappointed

Aljaz tweeted: “So upset by the news about @Aj11Ace and @CurtisPritchard!! Two lovely guys that mean no harm to anyone ever!! I can not believe it. To the thugs that did that.. shall we dance???? #fuming.”

Dianne said: “So sad to hear about @Aj11Ace and @CurtisPritchard hope you boys are ok xxxxxx.”

Read more: Fans get emotional as Ant McPartlin FINALLY tweets ahead of his TV comeback

We’re sending all our love and best wishes for a speedy recovery. This is all so shocking.

What would you say to AJ? Leave us a comment on our Facebook page @EntertainmentDailyFix and let us know what you think.