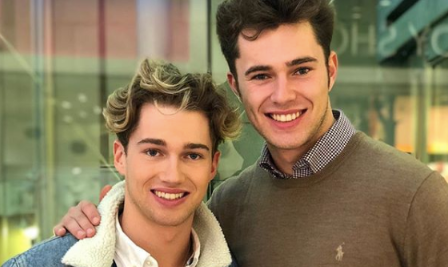 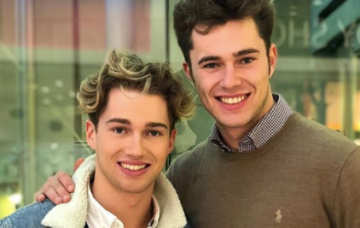 Dancers were set upon by eight men in a club

AJ Pritchard’s brother Curtis thinks they are lucky to be alive after they were attacked in a nightclub.

The Strictly Come Dancing star and his brother were beaten up in a club by a group of eight men, and despite suffering some painful-looking injuries, Curtis thinks they actually had a lucky escape.

Curtis, 23 – who was knocked unconscious as he risked his own dance career to protect his sibling – confessed: “It could have been fatal.”

Curtis suffered a suspected broken nose and a knee injury that requires surgery in the attack.

But AJ, 24, is extremely thankful that his brother tried to protect him.

Speaking to The Sun newspaper, he shared: “Curtis risked his own dancing career to save mine as he threw himself in front of the attackers so they couldn’t get to me.

“He tried to protect me and in doing so saved my life and my legs from danger.

“I soon realised there were no winners in this scenario. I just wanted us both to come out alive. I care more about Curtis than I do about selfies and looking good.”

The attack took place at Nakatcha, a club in Nantwich, Cheshire, and AJ said they had no reason to have any fears about going there.

He explained: “We’d been lots of times before and the staff there know us, so we felt it was a safe place for us to go.”

But AJ said that the attack came from nowhere.

He recalled: “We were dancing as a group and, out of the blue, Curtis was violently pushed from the side. It all happened so quickly.

Suddenly, we were surrounded by about eight blokes.

“He stuck his arms out to try and stop them and moved in front of me.

“It was like a scene out of a movie, with all the aggression and violence. Nothing like this had ever happened to us before.

“I couldn’t even take in the pain from the kicks and punching. I just knew we had to get away.”