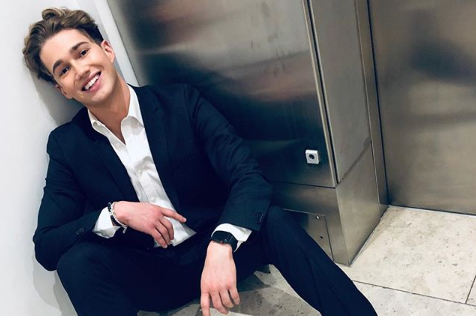 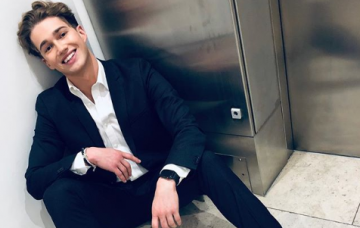 He's been through such an ordeal

AJ Pritchard has been through the worst few days of his life after being viciously attacked on a night out with his brother during the festive period.

But he is clearly focusing n the positive as we start a new year.

The Strictly pro favourite shared a gorgeous picture of him cuddling a baby, with an inspiring caption.

Lovely to see you looking so well and happy.

She’s beautiful AJ.!Hope you feel a bit better. All best wishes for 2019. Xx

Happy to see you smiling AJ. What a gorgeous little girl.

On New Year’s Eve he shared a post dedicated to his younger brother Curtis, who protected him during the unprovoked attack last week.

He also took the opportunity to thanks his fans for their support.

..my brother is my BEST friend by choice @CurtisPritchard … Happy New Year to everyone… It’s has been a Positive 2018 & will be a fantastic 2019… https://t.co/SN0J6ldgnz

The siblings were enjoying a night out in Nantwich, Cheshire on Boxing Day, when they were seemingly set upon by the gang of eight.

🥂🎄🎁… In the Christmas Spirit

The Strictly pro was left with bruises all over his face and body.

AJ’s younger brother Curtis, 23, also a pro dancer , required surgery on his knee after the assault, and quit his job on Irish show Dancing With The Stars.

A spokesman for the brothers said after the attack: “AJ and Curtis were assaulted in an unprovoked attack.