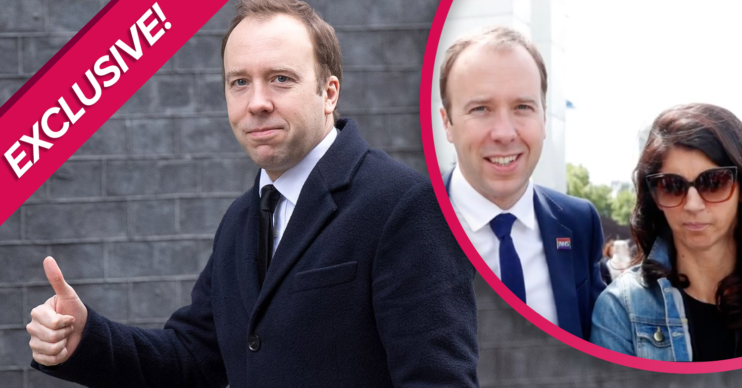 After Matt Hancock kisses his aide, just what is the allure of politicians and men in power?

After Matt Hancock was caught on CCTV kissing a senior aide, just what is the allure of politicians and men in power?

“He isn’t the first and won’t be the last,” Alex Mellor-Brook, co-founder at Select Personal Introductions exclusively told Entertainment Daily.

“The confidence and the power and essentially being the alpha male is what is attractive to people,” he added.

Indeed, just one look in the history books shows that it is, sadly, a tale as old as time.

So what’s the appeal of Matt Hancock?

Chris Jones from dating advice experts TheSnugRoom.com told us: “Matt has been caught with his pants down, but is it all that surprising?

“What is surprising is that a man who has been an advocate of social distancing and ensuring the British public adhere to social distancing rules has been caught in the midst of being a hypocrite of the same policies he was trying to enforce and all for the sake of his own pleasure and gain.

Read more: Who is Matt Hancock’s wife? Do they have kids?

“The hypocrisy of the situation is astounding.

“What can be said however is that affairs and illicit encounters are part and parcel of people’s lives typically when they are in positions of power, status or wealth.

“In Matt Hancock’s case he is in the public eye and, whilst no Brad Pitt, he does hold significant authority and status which many women would be attracted to.

“A man helping to govern our country during a global pandemic, what’s not to like some may say,” he added.

Matt Hancock aide scandal: ‘Women are hard wired to seek out men who have resources’

She said: “MPs are in an elite position – they are in charge of the country.

“It’s an empowering position for anyone and as women are hard wired to seek out men who have resources, could you find a more resourceful man?”

Laura further explained: “Women’s primordial nature causes us to seek out the alpha male, someone with resources to provide for us when we are vulnerable having children.

“Even if we are not procreating with the men we are dating, it’s difficult to throw out these deeply rooted and subconscious behaviours.”

So do extramarital flings with MPs ever last?

“One of the issues with dating a person long term who cheated on their ex with you is that if they cheated on them, why would they not cheat on you too?

Read more: After the Matt Hancock kissing scandal, other MPs who have also been caught misbehaving

She added: “I hope he is fired! He has shown himself to not only be a liar of low morals, but has also abused his power and position.

“He has either employed his lover or has breached professional boundaries!

“In a pandemic I would question how he’s found time for an affair? It’s clear he’s not been serving the country as he should be, nor is he a man of substance who should be in such a position.”

So will his career recover?

Despite Hancock’s apology, our experts have a mixed opinion on this one.

Laura told us: “I hope not, but sadly there seems to be no retribution these days for politicians – they seem untouchable, which needs to be rectified.”

He said: “Will their relationship last? Will he be forgiven by the public ? Will he be able to carry on in his privileged position?

“In my honest opinion, I think the answer is no to most of these questions – but only time will tell.

“Matt Hancock will be hoping that he will be a meme today and forgotten tomorrow. But the British public never forget.”