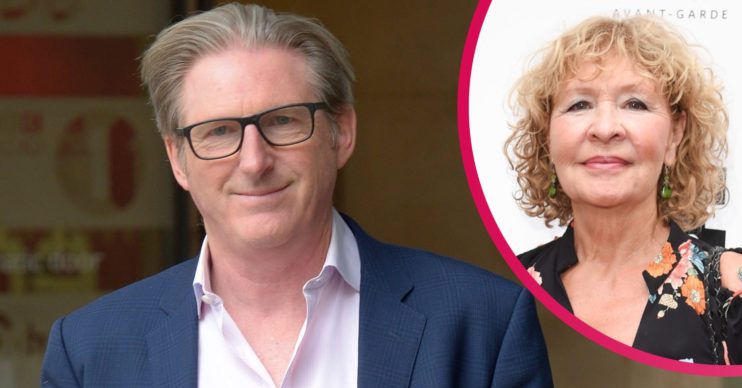 Adrian Dunbar: Who is his wife Anna Nygh? Do they have children?

Adrian Dunbar and his wife have been married for over three decases, tying the knot several years after he got into TV acting.

Today, he’s best known as one of the stars of hit BBC cop drama Line of Duty, playing the leader of Central Police’s AC-12 anti-corruption unit.

How much do you know about the Superintendent Ted Hastings actor? Read on to find out more.

Who is Adrian Dunbar married to?

Adrian has been married to Anna Nygh since 1986.

Anna is an actress and has also worked as a casting director.

Anna was also in an episode of EastEnders in 2001, playing a character called Dr. Emma Reid in the BBC soap.

Adrian has previously spoken about Anna finding it hilarious that his Line of Duty character Ted has become something of a sex symbol.

In a chat with the Belfast Telegraph, he joked: “Everyone likes a man in a uniform, don’t they?

“I was blindsided by that. I thought there would be a lot of things that would come off the back of this part, but definitely not being a sex symbol.”

Adrian went on to speculate that it was because “Ted’s out there” and “has all this moral authority”.

He continued, speaking about his wife: “She was an actress herself, so she realises it comes with the territory. She thinks it’s humorous. She gets a laugh out of it.”

What shows has Adrian been in? From Coastal Ireland to Blood

Aside from Line of Duty, Adrian also starred in Channel 5 drama Blood.

Family thriller Blood was well-received when it returned to screens at the start of lockdown for a second series, although some viewers were confused watching the opening episode.

I thought there would be a lot of things that would come off the back of this part, but definitely not being a sex symbol.

A third series could be on the way. Creator Sophie Petzal told RadioTimes: “As for Blood season three, we absolutely love this series and we love this cast. We’re always having ideas and discussing them about how this could continue.

“Never say never, and let’s see which way the world turns and who wants what, but absolutely I’d love to. We’ll see…”

In recent months, Adrian was also on screens – again on Channel 5 – to host a series called Adrian Dunbar’s Coastal Ireland.

The two-part documentary saw Adrian reconnect with his roots, traveling more than 600 miles along the wild and rugged west and northern coasts of Ireland.

Adrian’s other recent TV credits include The Hollow Crown, A Touch of Cloth and The Life and Adventures of Nick Nickleby.

He was also in the 2017 thriller movie The Snowman, and had a role in the 2011 series of Death In Paradise.

Adrian’s first role, according to IMDB, was in a 1980 TV film called The Long March, about protests at Belfast’s Maze prison.

Does he have children? Who is his daughter?

Yes, Adrian and his wife Anna share a daughter.

Her name is Madeleine Dunbar and she is around 34 years old.

She has followed her parents into the world of acting, with credits including the BBC series Doctors and a part in the Ricky Gervais film Cemetery Junction.

According to her profile on the website StarNow, she also has a degree from London’s Italia Conti Academy of Theatre Arts.