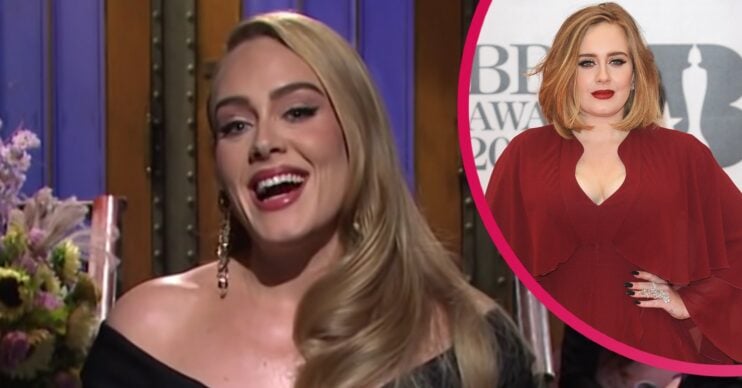 Adele has opened up on the real reason behind her extreme weight loss in a new interview with Vogue.

The 33-year-old singer, who posed for a string of glamorous photos in the magazine, has lost a staggering amount of weight in the past two years.

Now, Adele has revealed that it was her anxiety that led her to shedding the pounds.

Adele opens up on her weight loss in Vogue

It’s believed that the star has lost 100lbs altogether, following her split from from ex-husband Simon Konecki.

However, she insists she lost the weight for herself and is now “addicted” to exercise.

Speaking to British Vogue, Adele shared: “It was because of my anxiety. Working out, I would just feel better.

I work out two or three times a day

“It was never about losing weight, it was always about becoming strong and giving myself as much time every day without my phone. I got quite addicted to it.

“I work out two or three times a day.”

Read more: Adele could be set to make $100,000 a night at Las Vegas residency

The musician split from Simon in 2019, with the pair sharing eight-year-old son Angelo.

“People were everywhere, trying to get stories, and I just hated it,” she said, adding: “I was embarrassed I was really embarrassed. That thing of not being able to make something work.”

Adele’s weight journey: How else has she done it?

Adele has continued to impress fans with her incredible weight loss journey.

In the past, she credited self-help book Untamed, Stop Pleasing, Start Living, by Glennon Doyle, for turning her life around.

On Instagram, she posted: “If you’re ready – this book will shake your brain and make your soul scream. I am so ready for myself after reading this book!”

Her weight loss followed shortly after her split from businessman husband Simon.

The former couple share one child together, son Angelo.

She’s since found love with sports agent Rich Paul, with the pair going public in July this year.

During her interview with Vogue, the star admitted that they’re “very happy” together.