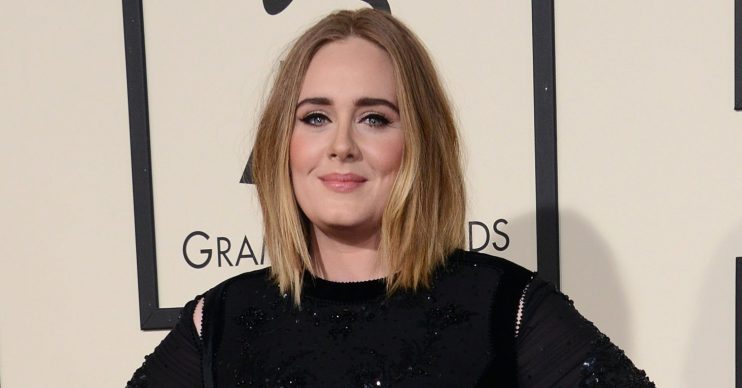 Some people didn't recognise her

Adele is continuing to show off her incredible weight loss in new Christmas snaps.

The singer, 31, took to Instagram on Monday to share a snap of herself and The Grinch and a picture with Father Christmas as she wished fans a merry Christmas.

Adele looked stunning in a black tight-fitted gown with her hair in glam curls.

We both tried to ruin Christmas but then both our hearts grew! Thank you for coming to my party and making us feel like kids Grinch 💚 Merry Christmas and Happy Holidays everyone x

Adele captioned the post: “We both tried to ruin Christmas but then both our hearts grew!

“Thank you for coming to my party and making us feel like kids Grinch.

“Merry Christmas and Happy Holidays everyone.”

Fans gushed over Adele’s slimmed-down bod with one person saying: “Wow you look like a different person.”

Another wrote: “Omg you look sensational,” while a third added: “You’ve always been stunning but you look amazing!!”

Back in the summer, it was reported that Adele had lost a stone after her split from husband Simon Konecki in April.

At the time, a statement read: “Adele and her partner have separated. They are committed to raising their son together lovingly.

In June, a source told The Sun that Adele had been embracing her single status.

The insider said: “Adele has been out enjoying herself and she sees that as her priority at the moment, along with being a mum to Angelo. She has been loving her new workout regime and it really works for her.

Read more: Singer Adele shows off her continued weight loss as she enjoys a night out in Hollywood

“It’s a bonus that she has shifted some weight. Her mates are glad she’s letting loose and there’s nothing but good feelings towards her. She’s got a new lease of life.”

It was also claimed that Adele had a new workout buddy – Robbie Williams’ wife Ayda Field.

It’s been said that Adele has lost a further two stone in recent months.