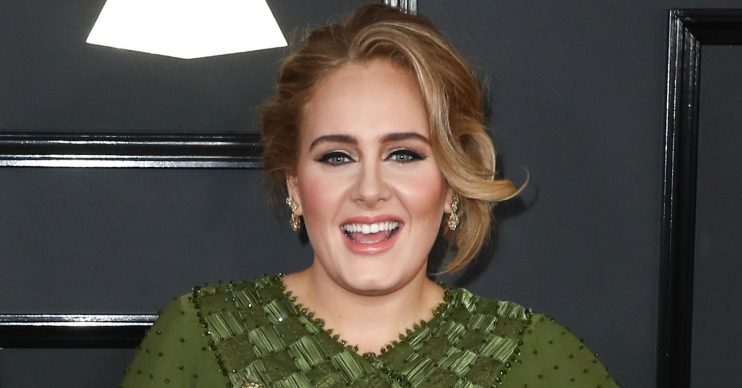 Singer Adele has opened up about her amazing body transformation.

The Hello singer has been shrinking before our very eyes since her split from husband Simon Konecki last April.

Now, however, she’s revealed just how much she’s lost – and it’s enough to make you want to stick to your New Year health kick.

Adele has recently been showing off a much slimmer shapes while holidaying on the Caribbean island of Anguilla with Harry Styles and James Corden.

And now fan Lexi Larson has revealed that Adele opened up to her during a chance encounter at a beach bar.

Lexi told People that she walked into a restaurant and was surprised to see the former One Direction star enjoying dinner with pals.

She said she lost something like 100 pounds, and that it’s such a crazy positive experience.

What she didn’t realise – because of her slimmer frame – was that one of his friends was Adele, who soon came over to join Lexi and her family at her table.

She said: “She said she lost something like 100 pounds, and that it’s such a crazy positive experience.”

Lexi added: “She seemed so happy, and she looked amazing. She seemed really confident.”

She added that Adele said no to having a photo taken with the group, because she was worried about the safety of her son Angelo, seven, who was with her.

“She said no because she didn’t want a lot of paparazzi at the moment or anything to get too crazy with her kid,” Lexi revealed.

Over Christmas, Adele showed off her slimmer figure in an Instagram picture, where she was seen posing with the Grinch.

Head to our Facebook page @EntertainmentDailyFix and let us know what you think of Adele’s huge weight loss.