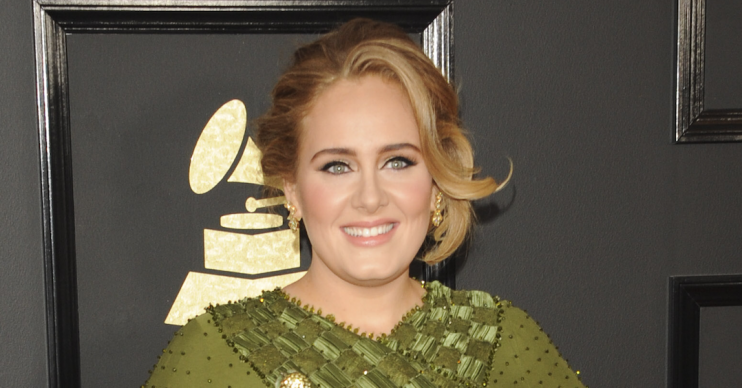 She also has a celebrity gym buddy!

Showing off her slimline figure at the Spice Girls concert last week, singer Adele looked sensational as she posed alongside Geri Horner, Emma Bunton, Mel B and Mel C.

Now it’s been reported that the singer, who announced her split from husband Simon Konecki in April, has lost a stone in weight following her break up.

Yes, it seems that single life is suiting Adele, who is mum to six-year-old son Angelo with her ex.

A source told The Sun that, far from sitting at home crying and writing her trademark emotional ballads, Adele has actually been embracing her single status.

The insider said: “Adele has been out enjoying herself and she sees that as her priority at the moment, along with being a mum to Angelo. She has been loving her new workout regime and it really works for her.”

Read more: Viewers fuming as The Chase and Tipping Point taken off air

Revealing that Adele has taken up Reformer Pilates, which sees the star exercising on a machine rather than a traditional mat, the source said that Adele has “a new lease of life”.

They revealed: “It’s a bonus that she has shifted some weight. Her mates are glad she’s letting loose and there’s nothing but good feelings towards her. She’s got a new lease of life.”

It’s also been revealed that Adele has a new workout buddy, in the form of her gal pal Ayda Field, who is married to singer Robbie Williams.

Read more: Elderly woman in hospital after collision with Will and Kate’s convoy

We wonder if Adele will be joining Ayda at her Pole Passion fitness classes, after the Loose Women star posted a video of herself and her mum taking part in a pole dancing class.

Ent Daily has contacted reps for Adele for comment.

Adele and Simon married in 2016 after five years of dating.

Announcing their split early this year, the singer’s representatives said: “They are committed to raising their son together lovingly.”

What do you think of Adele’s body transformation? Head over to our Facebook page @EntertainmentDailyFix and let us know!