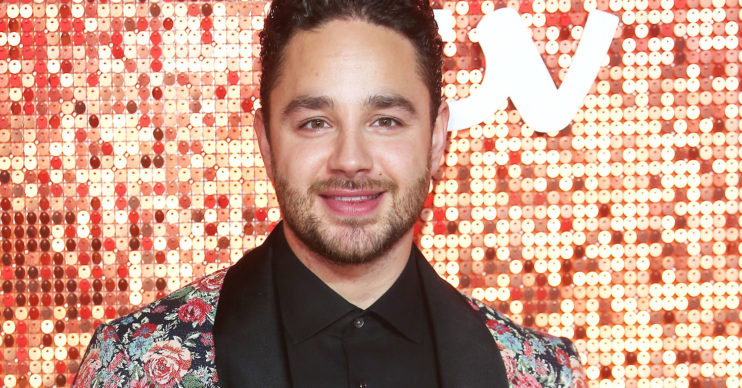 Adam Thomas has vowed to give up drinking in a heartfelt social media message.

The former Emmerdale and Waterloo Road star, 32, said he drinks to “escape the stresses and worries of life”.

In the Instagram post – which featured snaps of Adam and twin brother Scott – he bared his soul.

“Ok so I’ve been pondering on the idea for quite some time now,” the dad-of-two began.

“Just seeing the benefits and how it has literally changed my brother’s life, and especially my mum’s.”

Read more: Coronation Street’s Ryan Thomas says he will never leave his kids – like his dad left him

He continued: “I’m going to give it ago. Not that I’m an alcoholic, but I do love a tipple now and then…

“But not for enjoyment anymore which is the scary bit, but more for escape from the stress and worries of life itself.

“I’ve tried a few times to do it before, but this time I wanted to just put it out there, just so I know I’ve got to stick to it this time.”

What did Adam Thomas say?

“I know it’s not going to be easy but it will be worth it… well it better had be,” he said.

“Six months sober starting from today… if I don’t look like @scott.thomas at the end of this I give up.

“Haha yes I had a big weekend for anyone asking haha but enough is enough no more excuses time for change.”

What did Adam Thomas fans say?

“Wow. Didn’t expect this on a Monday night!” he said. “So proud of you my brother let’s do this together! Twin power.”

A host of other celeb pals sent their support.

What did Scott receive on his birthday?

One of three siblings, Scott received a boat from 36-year-old older brother Ryan on his 32nd birthday.

Scott shared a snap of himself on board the luxury boat and wrote: “When the big bro comes through and surprises me with a boat on my birthday!”