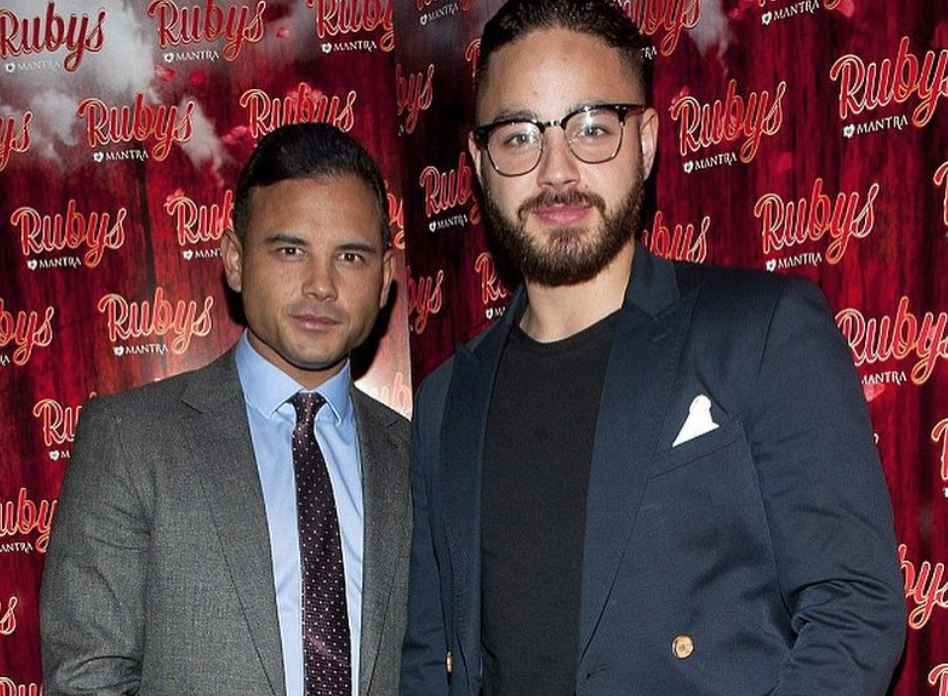 The star spoke out hours before Roxanne Pallett quit

Just hours before it was revealed Roxanne had dramatically quit the show, Adam took to Twitter and admitted the drama involving his sibling had caused him to cry.

In an honest post, Adam told his followers during CBB: “In tears watching this!!!”

He later added: “On behalf of my brother thank you for all your love and support love you guys x.”

Ryan was this week issued with a formal warning after Roxanne accused him of ‘punching her five or six times’.

Roxanne was seen taking fellow housemate Ben Jardine into the toilet and claimed to ‘demonstrate’ how Ryan was supposed to have hit her.

Once evicted, Ben was shown the actual footage of what happened between Roxanne and Ryan and told host Emma Willis that he felt like a “mug”.

He insisted Roxanne’s demonstration had been inaccurate.

Meanwhile, following Adam’s tweets, he and his brother have been inundated with support from their celebrity pals.

Former Girls Aloud star Kimberley Walsh – whose sister Amy plays Tracy Metcalfe in Emmerdale – said: “This is so disgusting she should not get away with behaving like that.”

Jeff Brazier added: “I’ve seen the incident on #BBUK and I’d like to state that @ryanjamesthomas is one of the most genuine individuals I’ve had the pleasure to meet.

“He once went well out of his way to help me and I don’t think he deserves to feel like he had been aggressive towards a woman.”

Joe Swash also tweeted and even told his followers that he had switched off the television in disgust: “I can’t believe what I’m watching on @bbuk.

“I can feel my blood boiling, this girl is a danger to herself and others she really needs some medical help .

“@bbuk The fact you are giving her airtime is beyond me you should be ashamed of yourselves. I’m now turning off!!!!!”

Some of Adam and Ryan’s soap star pals have also been in contact, with Coronation Street star Sue Cleaver tweeting: “Utterly horrified at what @ryanjamesthomas is having to go through.

“I love this beautiful man so much and I know him inside out!”

Her former co-star Catherine Tyldesley added: “Can not believe what happened to @ryanjamesthomas #CBBUK … the kindest, most gentle man.

“His nickname from me was ‘Teddy Bear’ .

“A man who loves a hug and wears his heart on his sleeve . So gentle… this is OUTRAGEOUS. We love you Ry.”

During Ben’s eviction from CBB on Friday night, the crowd outside could be heard chanting: “Get Roxy out!”

After seemingly hearing their cries, Roxanne was shown looking pensive in the kitchen. It has since emerged she has quit the show.

A CBB spokesperson said on Saturday morning: “Roxanne has decided to leave the BB House. The remaining housemates have been informed.”