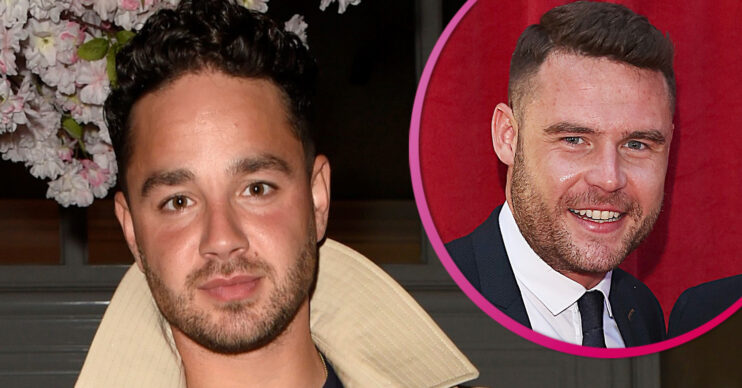 Adam Thomas excited Instagram fans as he enjoyed a reunion with some of his former Emmerdale co-stars.

Adam, 33, uploaded a photo to his Instagram on Saturday that set pulses racing as he caught up with some familiar-looking friends.

The former Emmerdale star posted the snap, which featured farm favourites Kelvin Fletcher and Danny Miller as they had a long-awaited catch-up.

Adam’s former Coronation Street star brother Ryan Thomas also joined the trio in the image – just adding to the delight of his followers.

The soap actor was quick to note the virtues of his relationship with the other guys in the photo.

And he proudly boasted that they are more than just friends – they are all family.

Adam wrote: “Some people you meet in life… and you know from day one who will be there from start to finish… the best bit of it is… we haven’t even finished yet… we just getting started!!

Happy fans couldn’t wait to comment on the post and said they loved seeing all the boys together.

One commented: “This is amazing, the best friendship.”

Another quipped: “What’s the band called??”

Meanwhile, Kelvin appeared to see the funny side to his wardrobe choices for the day.

He was wearing a flat cap, with beige chinos, a pale blue shirt, a navy tie, and a khaki Barbour style jacket.

One user also seeing the funny side stated: “Kelvin dressing like he’s actually a Sugden though.”

Kelvin played Andy Sugden in Emmerdale for an impressive 20 years from 1996 until 2016.

However, none of the boys are strangers to a lengthy stint in soapland.

Viewers watched popular actor Adam as Adam Barton on the country-living themed series for nine years from 2009 to 2018.

Fans still get to see Danny gracing their screens, with his time on the show playing Aaron Dingle currently clocking in at 13 years and counting since his first appearance in 2008.