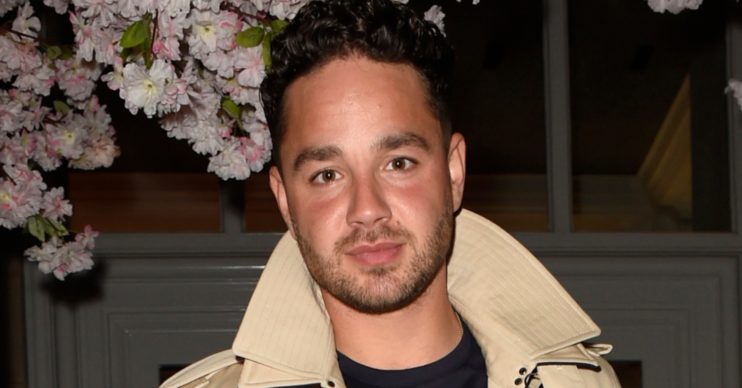 Adam was reportedly targeted outside his Manchester restaurant

Adam Thomas was almost mugged when a would-be thief tried to “wrestle” an expensive bike off him in front of his young son.

According to a source, the ex Emmerdale actor was outside his restaurant in Manchester with his six-year-old son, Teddy, when someone tried to steal his £1,500 bike.

The source claimed that Adam got an electric bike to enable him to make deliveries in the area.

He was “really excited” to have Teddy with him, they said, but things took a “dramatic turn” when a “thug” tried to forcibly take the bike from him.

One of Adam’s restaurant employees rushed to help him and knocked the thief from the bike. The assailant then escaped.

Speaking to The Sun, the source said: “Adam got the electric bike so he could start doing deliveries around town. Lockdown has been hard on everyone and he wanted to do what he could to help his restaurant and he was really excited to have Teddy with him.

“Unfortunately things took a dramatic turn when a thug appeared and tried to wrestle the bike off him.”

They continued: “Everyone was really shaken up but luckily no one was hurt and hospital treatment wasn’t needed.”

Adam wanted to do what he could to help his restaurant.

According to the newspaper, Adam – whose brothers are ex Corrie actor Ryan Thomas and former Love Island star Scott Thomas – did not report the incident to the police.

Adam isn’t the only celebrity that thieves have targeted this week.

Last night (Wednesday, March 24), Robert Rinder took to social media to reveal three balaclava-clad youths grabbed his phone off him in the street.

The TV judge said he was “in shock”. He described the incident on Twitter as he called for his followers to help him bring the yobs to justice.

In a later tweet, Robert said he no longer felt “rage” and instead was experiencing “overwhelming sadness” over what had happened.

He wrote: “After the rage, I feel an overwhelming sense of sadness for these boys because I’ve seen where their path leads. In the meantime we need to champion, train and fully resource our brave police officers.”