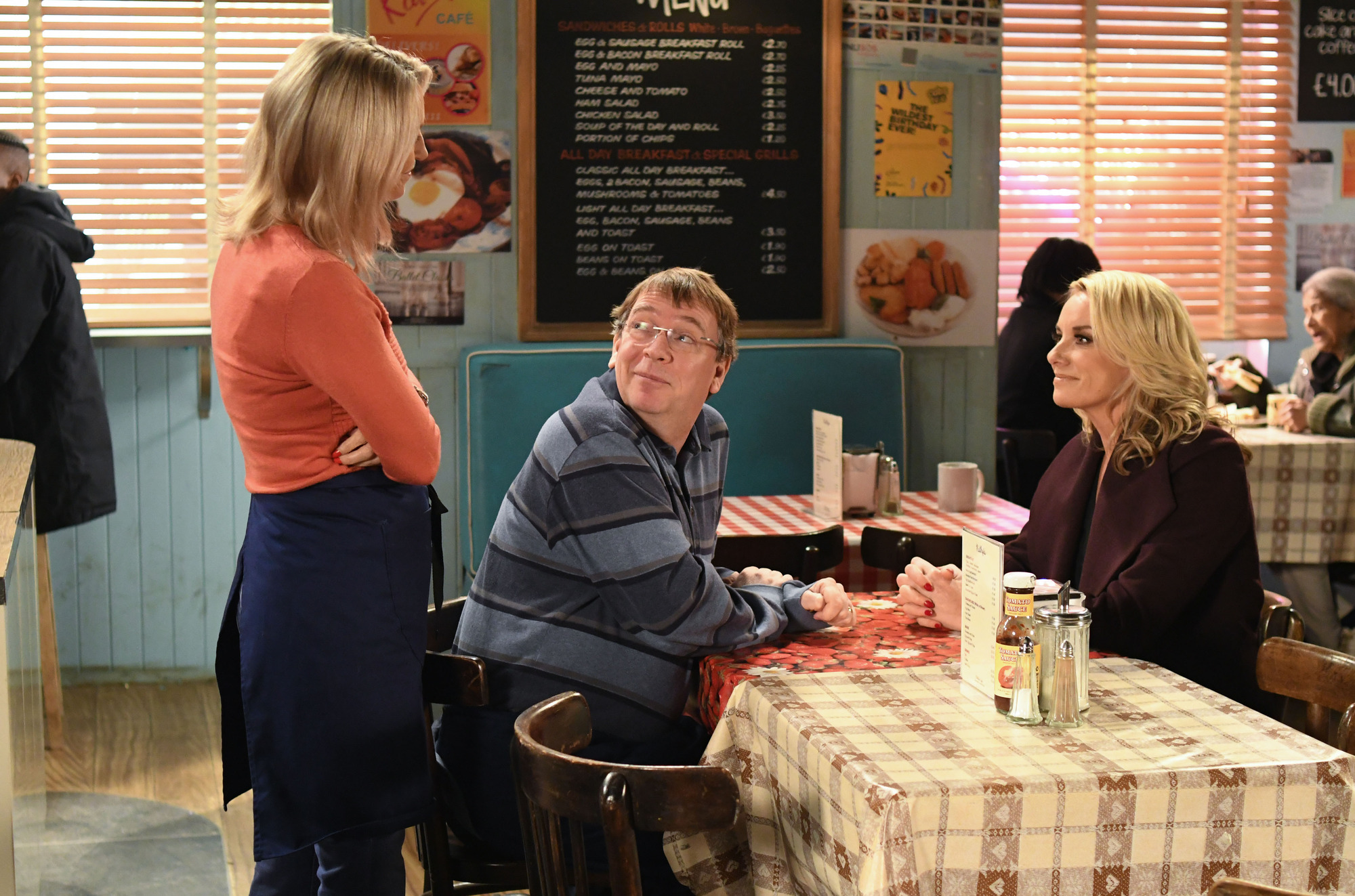 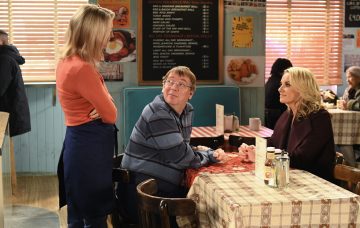 What's she up to?

Finally, the moment we’ve all been waiting for arrives next week when Melanie Owen strolls back into Albert Square after 16 years away.

With viewers convinced Mel’s linked with Aidan’s dodgy heist, the timing seems too perfect to be a coincidence. So is she back because Ciara phoned her? Or is there something else that brings her back to Walford?

Mel arrives in a very casual way, simply popping into the cafe and catching up with her ex-husband, Ian.

But she’s not been back five minutes before it becomes obvious that she’s got an ulterior motive for her return to the Square.

Mel begins asking some very strange questions and quickly turns the conversation to her advantage?

Is this the proof we’ve all been waiting for that she’s the one behind the heist?

There’s also been a lot of speculation that Mel’s arrival could be linked with the departure of Ben Mitchell, who’s due to leave Walford soon.

Or perhaps she’s got a totally different reason to return!

Mel’s certainly no stranger to the dark side of Walford. Her husband, Steve, was involved in all sorts of shady goings on when he lived in the Square and was a sworn enemy of Phil Mitchell – meaning Mel being tied up in Ben’s exit isn’t an outrageous suggestion.

Steve died in a car chase involving Phil and tiny baby Louise, but fans have speculated that he could have escaped from the wreckage and come back too!

Mel returns to Walford with her 15-year-old son, Hunter – whose dad was Steve – so perhaps the whole family could be reunited.

In the meantime, it looks like Mel won’t waste much time before stirring up trouble. Fans will have to wait and see what she starts quizzing Ian about, but it’s clear Mrs Owen’s back with a bang!