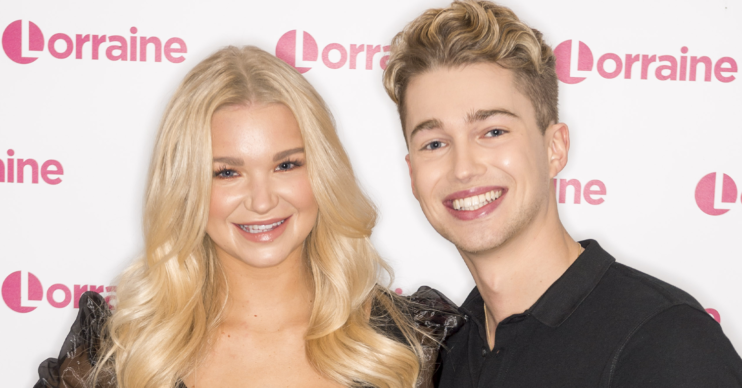 Such a brave soul

Abbie Quinnen, the girlfriend of AJ Pritchard, has spoken out for the first time since news broke of her shock accident.

The professional dancer, 23, suffered extensive burns across her body after a social media stunt went wrong.

The accident happened to the girlfriend of Strictly star AJ, 26, on January 19.

AJ has been helping care for her third-degree burns ever since.

What has Abbie said about her accident?

She explained how the accident occurred, and warned others against trying risky stunts at home.

And she profusely thanked the doctors and nurses for their help with her recovery.

Addressing her Instagram fans, she posted: “I am sad I have been absent in the last few weeks and haven’t posted much with AJ, we so desperately wanted to be able to share daily vlogs with you all but unfortunately I have had an accident.”

She continued: “Whilst we were attempting to create a glass bottle into a vase following a YouTube tutorial it went terribly wrong and it resulted in me incurring injuries and burns requiring continuous hospital treatment over the past seven weeks.

“I really need you all to be careful with what you’re doing and if you’re copying any YouTube videos. I will be OK, I love you all.

Read more: Kirstie Allsopp slammed as she speaks out against holiday warning

“Also I want to say a massive thank you to the nurses and doctors and the Chelsea & Westminster burns unit for their incredible care and treatment.”

Many of Abbie’s celebrity pals rushed to send their well wishes.

News of the accident was first shared earlier today (March 21).

AJ reportedly tried to douse the flames with a wet tea towel.

After phoning 999 they were told an ambulance would take a while.

Terrified, he rushed her to Ealing Hospital himself by car along with his brother Curtis, 25.

A source told The Sun: “Abbie was in agony and the brothers knew they had to get her to hospital straightaway to get her burns treated.

“It’s been an extremely difficult and testing time for them but she’s on the road to recovery.”

What do you think? Leave us a message on our Facebook page @EntertainmentDailyFix.