Abbey Clancy has shared an adorable new snap of her newborn son on social media.

The model posted a photo of her baby boy on Instagram today (July 8) for her 484k followers - and revealed a cute nickname for the tot.

The photo, simply captioned "Little pudding", showed the month-old bundle of joy lying on his back with his hands in the air and bright blue eyes gazing straight into the camera.

Fans' hearts melted over the pic, with one writing "Ohh look at him" alongside a string of heart-eye emojis and another commenting "Omg so cute", while a third said, "Gorgeous boy".

The tyke's real name is yet to be revealed, although his footballer dad Peter Crouch joked that they had given him a name jointly inspired by fellow footballer Divock Origi and Peter's favourite curry house, Samrat.

Announcing the birth for his fans on Twitter, Peter shared a pic of the tiny newborn and wrote: "Our beautiful baby boy was born Monday 3rd June, mother and baby Divock Samrat Crouch are doing well."

But minutes later, he tweeted again to clarify he was joking about the name, writing: "Our boy is beautiful, the name is still to be clarified unfortunately. Abs not going for Divock Samrat."

A week after the birth, Peter revealed that discussions about the perfect name were still ongoing.

Speaking on the BBC's That Peter Crouch Podcast, the Burnley FC star said: "He might get bullied if his name is Divock. I had to actually come out and say his name isn't actually Divock Samrat. That was a gag.

"To me, Divock was a lovely name. Abs said to me, 'You've got to tweet it, it's brilliant'. 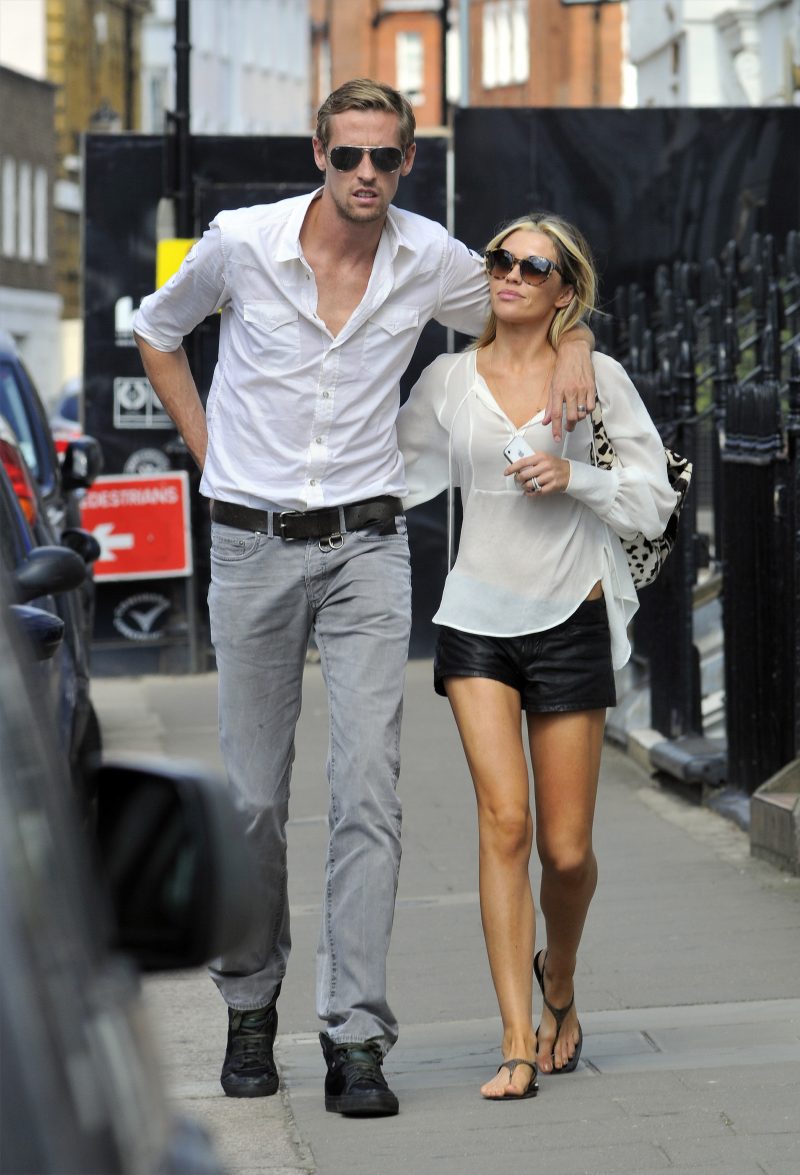 According to a report in the Metro, he continued: "We were looking at him the other day, he's so beautiful and innocent and Divock seemed like a good name for it. I feel like its sort of stuck a bit. Whatever we go for now is not going to live up to Divock Samrat..."

A few days after her youngest arrived, Abbey posted a sweet photo of the tot lying next to Johnny with the caption, "Love you bro".