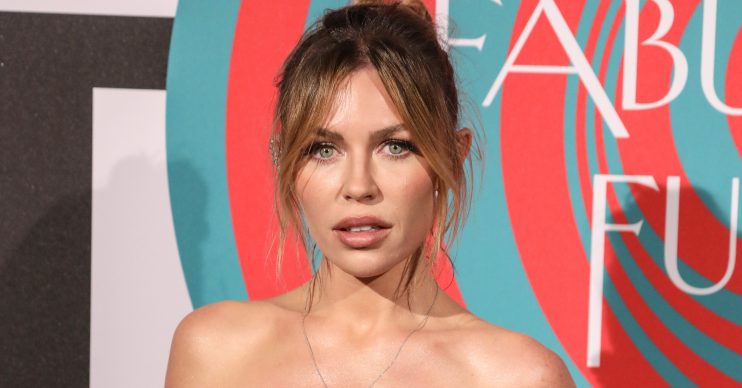 Model and former Strictly Come Dancing star Abbey Clancy has revealed that she gets her face pierced with 20 tiny needles coated with 24-carat gold.

Mum-of-four Abbey, 34, has opened up about her £500-a-time facials, which are nicknamed ‘baby botox’.

@davidkomalondon well that was incredible what a show ❤️

The Sun reports that Abbey, married to former football star Peter Crouch, turned to the treatments after having her fourth child in June 2019.

After giving birth and having so many hormones in my body my skin was really dull, full of pigmentation and just felt tired. The results are amazing.

She told the publication: “After giving birth and having so many hormones in my body my skin was really dull, full of pigmentation and just felt tired. The results are amazing.”

The Aquagold facials are a favourite of Kim Kardashian, and are said to involve canisters containing 20 microneedles, each less than a millimetre long and thinner than a human hair.

The needles are covered in a mixture of ingredients, which may include micro botox, hyaluronic acid fillers and vitamins.

Abbey, mum to Sophia, eight, Liberty, four, Johnny, one, and baby Jack, also recently opened up about how she manages to keep her sensational figure.

The model told Closer: “Everyone in my family is slim and tall. My mother bounced back after kids, so I think my genes are a huge part of it.”

As Abbey strives to keep herself looking young, hubby Peter Crouch is doing his best to give her worry lines.

Peter, 38, got into trouble last week when he pranked his wife by pretending to get a ‘horrendous’ tattoo on his arm.

He revealed on That Peter Crouch Podcast that he FaceTimed Abbey from a tattoo studio.

“If that is on your arm, don’t come home,” Abbey seethed when she saw the fake tattoo.