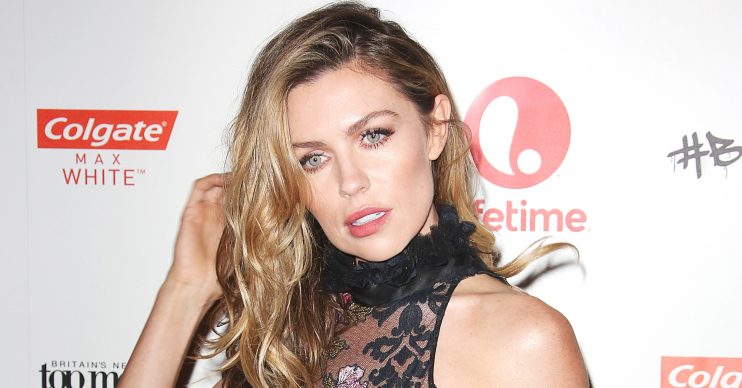 The pair have been married since 2011

Model and former WAG Abbey Clancy has revealed husband Peter Crouch used to write her poetry “all the time”.

The pair first started dating in 2006 before tying the knot in a lavish ceremony 2011.

But before they got hitched, Abbey says Peter used to pen her poetry and write her letters. However, it all stopped as soon as they said their ‘I dos’ and had kids.

Appearing as a guest host on Peter’s Amazon Prime Video Show Back of The Net, the 33-year-old said: “Actually [he is] a really good poet. He used to write me letters and poetry all the time, until we had four kids then he suddenly stopped.”

She also revealed that he’s hardly ever home despite being retired from football now after announcing he was hanging up his boots in July of this year at the age of 38.

“He sold retirement to me saying we were going to go to the gym together, go to lunch together – I haven’t seen him!” Abbey went on.

No idea where he gets those legs from 🙈🤣

He later had to clarify that he was just joking about the name, adding: “Our boy is beautiful the name is still to be clarified unfortunately Abs not going for Divock Samrat.”

Abbey recently spoke about their latest addition to the family, admitting there’s little time for any rest and relaxation any more, especially as her two youngest only have a 17 month age gap between them.

“It was a bit of a surprise when we found out but I feel so lucky to have them and the age gap is actually great because the two little boys are going to grow up like twins basically,” she told Mail Online.

“They’re only a year apart and I was one of four so it doesn’t seem too unnatural to me,” Abbey added.