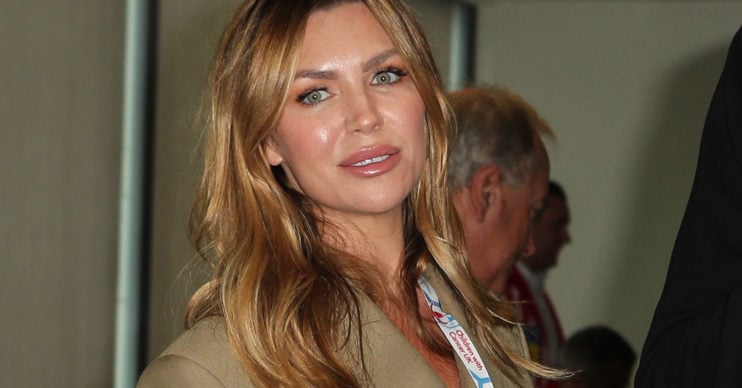 Model Abbey Clancy showed she and Peter Crouch are just as loved-up nine years after marrying with a series of Instagram throwbacks.

She posted the pictures to celebrate their anniversary.

The model married the footballer in a lavish ceremony at Stapleford Park in Leicester.

Read more: Abbey Clancy and Peter Crouch admit they ‘hated’ each other when she was pregnant

Some of the pictures show the couple smooching together.

Underneath, Abbey wrote: “9 years married and counting. I adore you. Always and forever.”

More than a few celebrities sent their well wishes.

The couple, who have four children together, recently admitted that isolating together has made their marriage stronger than before.

Earlier this month Abbey said she and Peter had been getting on like a house on fire during the lockdown.

“In seven weeks we haven’t had one argument.

“When I got pregnant with Jack we hated each other – we didn’t even have sex,” she told Love Magazine in a live stream according to The Mirror.

Meanwhile, the couple discussed homeschooling their kids during lockdown.

However,  she joked he has been “busier than ever” since he hung up his boots.

Most recently, Peter has been occupied with his successful podcast, That Peter Crouch Podcast.

Peter joked that he is fed up with Abbey wearing a fleece dressing gown all the time.

“She’ll go on a shoot and I’ll look at the pictures and go, ”Oh my God, she looks incredible!”

“And then she gets back home, takes her make-up off and puts on the [bleep] fleece dressing gown,” he said.