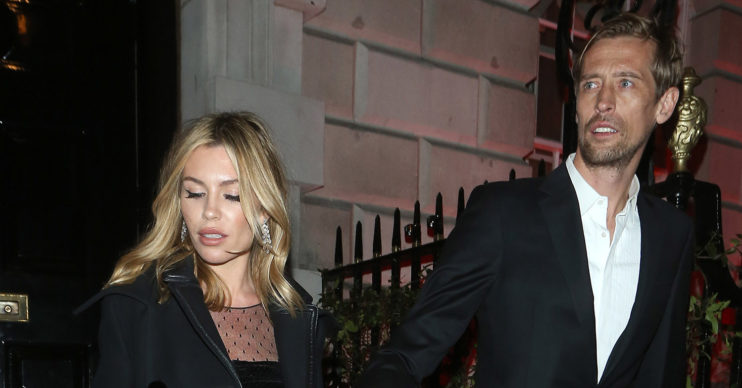 Abbey Clancy revealed all in a recent interview

Model Abbey Clancy and footballer Peter Crouch “hated each other” and “didn’t have sex” while she was pregnant with their fourth child.

However, they were at loggerheads when she was expecting their youngest.

Speaking on a livestream with Love Magazine, Abbey said: “In seven weeks we haven’t had one argument.

“When I got pregnant with Jack we hated each other – we didn’t even have sex.”

Meanwhile, the couple discussed homeschooling their kids during lockdown.

However,  she joked he has been “busier than ever” since he hung up his boots.

She added: “He sold the idea of retirement to me as a completely different thing, where we would be going on lunches together and holidays, all lovely things.

“I think it was partly having four kids – he was like, ‘I’m not staying at home with these. I am getting out.’

“I’ve enjoyed having Pete home and spending this quality time with the kids. Even though I want to kill them at times – I’ve loved it.”

“I want to kill them at times”

In March, Abbey revealed she had been making batches of soup for Peter to help them get through the coronavirus crisis.

The top model said on That Peter Crouch Podcast: “Pete had me making batches of homemade soup for about a week, he’s not let me out of the kitchen.

“And I made him a homemade apple pie covered with hearts, because he’s obviously really annoying me being home all the time, so I thought I’d give him a nice cake.

“And he didn’t even have one slice! I asked him if he wanted one and he said no!”

Complimenting his wife’s skills in the kitchen, Peter added: “Look, I’m a big fan of the soup and Abs has been preparing them.”