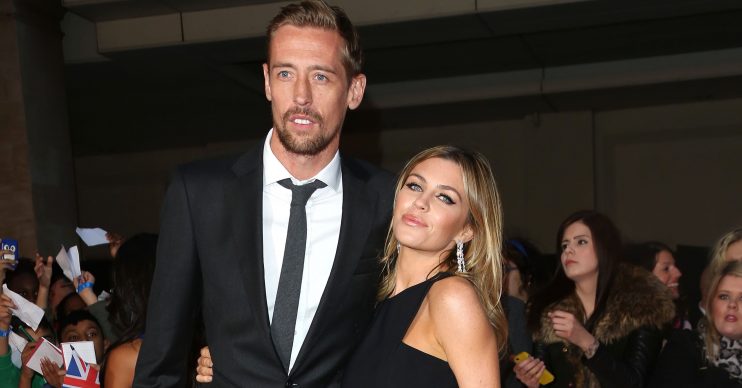 Their fourth child has a very traditional name

Those early few weeks with your baby are the most special of times. But Abbey Clancy and Peter Crouch are finally ready to share a bit more about their six-week-old son.

-Including his real name!

The former footballer had previously joked that his fourth child was named after a Liverpool FC star player AND his favourite curry house, making him “Divock Samrak”, but Peter later confirmed he was kidding.

Baby Crouch actually has a much simpler name: Jack.

Peter, 38, – who recently retired from professional football – wrote in a column for the Daily Mail: “We have just welcomed our fourth child, Jack, into the family and the wonderful chaos that comes with a new baby means it hasn’t really hit me that I haven’t gone back for pre-season training.

Fans rushed to compliment the couple – who are also parents to Sophia, eight, Liberty, four, and Johnny, one, – on the “good, strong name”.

One wrote: “Love the name. Cool parents… I like these two.”

Another added: “Congratulations on your 4th addition, Jack, a good, strong name,” while a third gushed: “Gorgeous boy and what a lovely name.”

The footballer announced his happy news last month, sharing a sweet picture of the tiny newborn on Twitter.

He wrote: “Our boy is beautiful the name is still to be clarified unfortunately Abs not going for Divock Samrat.”

He also explained the joke on That Peter Crouch Podcast, confirming his wife encouraged him to tweet, saying: “He might get bullied if his name is Divock. I had to actually come out and say his name isn’t actually Divock Samrat – that was a gag.

“To me Divrock was a lovely name. Abs said to me, ‘You’ve got to tweet it, it’s brilliant.'”

The sweet pair – who’ve been together since 2006 – have since shared some lovely family shots for their fans.

Jack is a lovely name. Although Divock Samrat does have a certain charm, too… Congrats Abbey and Peter!