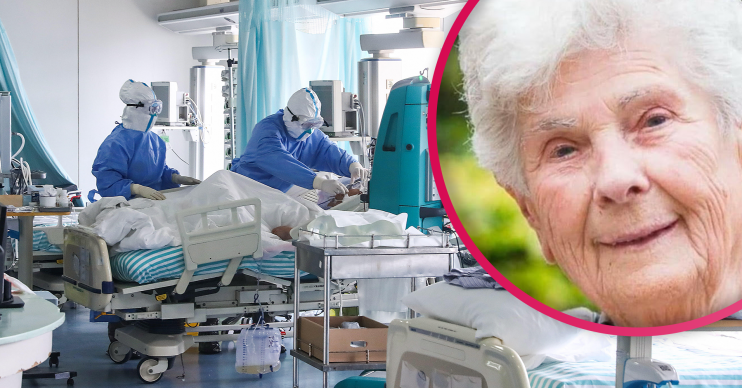 Selfless Suzanne Hoylaerts, 90, died from coronavirus after telling doctors to save her ventilator for someone younger.

Suzanne, from Belgium, told doctors she’d had a “good life” as she refused the life-saving machine.

Kind-hearted Suzanne was hospitalised on March 20 and her condition is said to have deteriorated rapidly.

She refused the machine amid a global shortage of ventilators during the COVID-19 pandemic.

Suzanne is said to have told medics: “I don’t want to use artificial respiration. Save it for younger patients. I already had a good life.”

The selfless nonagenarian sought medical attention after suffering from a lack of appetite and shortness of breath.

She tested positive for coronavirus and was placed in isolation. She sadly passed away on March 22.

Her devastated daughter Judith told Dutch newspaper Het Laatste Nieuws that she hasn’t had a proper chance to say goodbye to her hero mum.

She revealed: “I can’t say goodbye to her, and I don’t even have a chance to attend her funeral.”

Judith’s family say they have no idea how she contracted the virus.

They said she followed government advice to stay home and had complied carefully with the country’s lockdown measures.

News reports state that Suzanne reportedly told her daughter that she had done everything she could.

“You did everything you could”

She said: “You must not cry. You did everything you could.”

“May her gentle soul rest in peace,” said one Twitter user in tribute.

Another added: “That’s mean pure souls still exist in the world. May her soul rest in peace. Spread love and humanity.”

I don’t want to use artificial respiration. Save it for younger patients. I already had a good life.

A third said: “I want to be like this woman. So beautiful.”

“She sacrificed herself so that others could survive,” said another.

“My heart is crying,” said another.

“Not all HEROES wear a capes,” said another. “Fly with the angels beautiful soul.”

Belgian woman, Suzanne Hoylaerts aged 90, dies of #Covid_19 after refusing a respirator, telling her doctors “Save it for the youngest [who need it most], I’ve already had a beautiful life.”

Not all #Heroes wear capes !

A 12-year-old girl in the country became Europe’s youngest victim to die from the disease.

Overnight in the UK it was revealed that a 13-year-old boy died after contracting the disease.