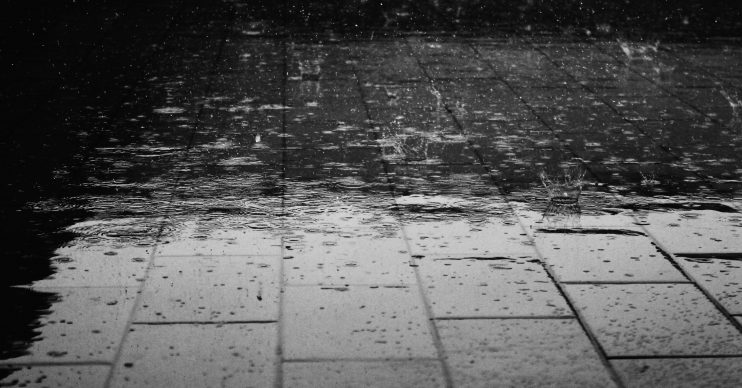 Thunderstorms are expected, too

The storm is expected to batter the UK from Wednesday until at least Saturday, according to the Met Office.

It’s been said over an inch of rain is predicted in intense showers in some areas – with thunderstorms expected across the country, too.

The #JetStream will be to the south of the UK this week bringing an unsettled and fairly cool week. However, by the weekend this should shift northwards allowing pressure to build pic.twitter.com/ZjPX3nezaj

Read more: Britain set for coldest May bank holiday for 40 years with frost, snow and sleet on way

Snow is due today and tomorrow night in the North on high ground, and in north Wales’ mountains on Thursday.

In the coming days, 45mph gusts will batter the South, West and East coasts as temperatures stay around 11-15C.

Met Office weather forecaster Emma Smith told The Sun: “The jet stream will bring low pressure across the country, with a warning likely on Wednesday night for surface water flooding in eastern Scotland.

“A big band of rain will move across the country on Wednesday, with 15-20mm widely and 30mm in the North-East of the UK.

“Thunderstorms follow the rain on Wednesday and are expected until Friday, with the Midlands and South most affected and the North at risk on Friday. Outbreaks of rain continue on Saturday.”

According to the Met Office, persistent rain and brisk winds will spread across England and Wales tonight with some heavy bursts at times.

Into Wednesday (May 8), rain will slowly move north and sunny spells will develop further south, followed by heavy thundery showers.

A spell of rain will arrive in southern England and Wales overnight on Friday, clearing Saturday morning.

Sunday will be largely dry with sunny spells.

Heading home soon? Dry for many of us, but outbreaks of showery #Rain will continue across northern and some central parts during the commute home. Also, another area of rain will start to affect the far southwest pic.twitter.com/NPxo0TpnR8

Into next week, plenty of fine, dry and settled weather is likely with increasing amounts of sunshine.

The Met Office said that frontal systems may try to push in from the Atlantic into the far north and northwest initially, then to other areas, with cloud, rain and stronger winds at times.

However, temperatures on the whole are likely to be around the average for the time of year.