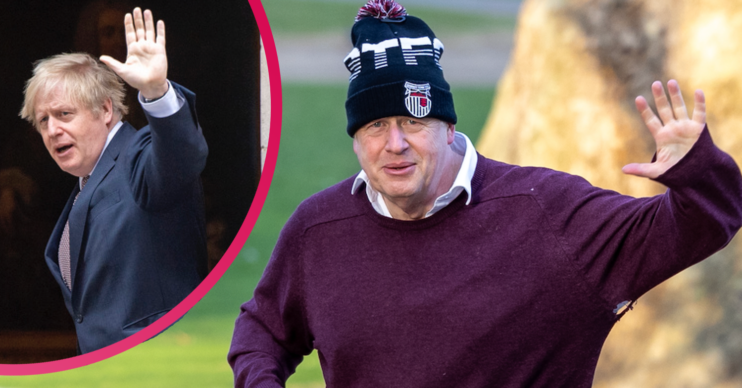 He may have pulled off a great escape for now, but make no mistake, Boris Johnson’s head is still very much on the block – there’s still hope he could be fired.

The PM remains at the mercy of his seriously irked backbenchers. Feelings in the Commons are so strong that SNP Westminster leader, Ian Blackford, refused to withdraw comments about Johnson wilfully misleading the house.

Plus, there’s still the outcome of the Met investigation into No.10’s lockdown parties.

So, should Mr Johnson find himself without employment in the near future, we’ve got some suggestions for a new career.

Given his apparent ease at delivering lines with no basis in the truth to large audiences, we reckon Boris Johnson would be a natural. Actors spend large chunks of their time pretending to be someone else. Like certain politicians, some might say.

Some might even say that Johnson has already been acting for years. His mea culpa delivered to the House of Commons yesterday felt very theatrical.

He’s already got the look down to a tee. And the media nicknamed him ‘Bozo’ a while back. And driving a clown car would be no problem. After being the Prime Minister of the United Kingdom two and a half years, he’s used to moving around in something while the wheels fall off.

We’re thinking Boris could potentially specialise in fridges. He seemed very fond of them during the election in 2019, hanging out in one instead of talking to Good Morning Britain.

Boris has fathered…checks notes… seven children, so he clearly knows something about, ahem, ‘love’. Maybe he could tour the UK and give talks to men who aren’t quite so lucky in that department. He could provide them with all the tips and tricks he’s learned which keep the ladies queueing up.

He’d probably have to team up with wife Carrie, but this could be a nice little earner. The pair of them have got reams of experience with parties. And they could specialise in surprise parties as they’re used to doing it all on the sly.

NB. Not political parties. Clearly no idea at all about those.

Boris famously declared that he didn’t know one of the No.10 parties was a party. Despite being a guest at the party. During the party. Anyway, he said he thought it was a work event. Which means BJ must throw some epic work events. You’ve seen Wolf of Wall Street, right?

Actually, this is a career probably more suited to Carrie.

We’ll let you make your own ‘pulling the strings’ joke.

Any ideas for Boris Johnson’s next job? Tell us on our Facebook page @EntertainmentDailyFix.