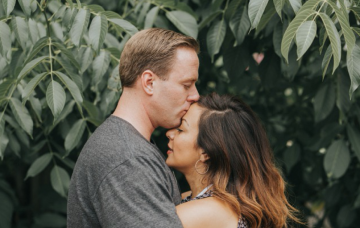 Mumsnet users accused her of being "shallow"

A 5ft 2in woman has been branded “pathetic” and “hypocritical” for refusing to date a 5ft 5in man — because he’s “too short”.

The woman asked fellow users of online forum Mumsnet whether she was being unreasonable to turn down his advances because of his height.

She was bombarded with replies that accused her of being “shallow” and pointing out that her suitor was three inches taller than her.

In the post, the woman said: “Would you consider dating a man this height — a man who is 5ft 5in?

“I’m quite small myself, 5ft 2in. I mean, I’m not shallow and it depends ultimately if they are a nice person, but I just feel I had a niggle about someone being that short.”

One woman replied: “How pathetic. He might be a great person and you’re dismissing him because of his height.”

Another said: “I’m 4ft 11in so not a problem for me. Even if I was taller it wouldn’t be an issue. Ffs height does not make a man. How [bleeping] shallow.”

A third wrote: “Women who discount men on their height — really? Are you that close to physical perfection yourself?

“You can’t help who you’re attracted to but it’s a bit hypocritical.”

One Mumsnetter added: “You DO sound shallow. I am 5ft 9in and dated a shorter man for many years. No wonder some women are single.”

Another woman said: “How shallow. Meet him and see if there is any chemistry.”

Other respondents encouraged her to go on the date, with one joking: “If he’s not showing signs of Napoleon Complex, go ahead.”

A second said she would go on the date, adding: “I’d date (Game of Thrones dwarf actor) Peter Dinklage and I’m pretty sure he’s shorter than that!”

Does height matter in a relationship? Is your partner much taller or shorter than you? Leave us a comment on our Facebook page @EntertainmentDailyFix and let us know what you think!