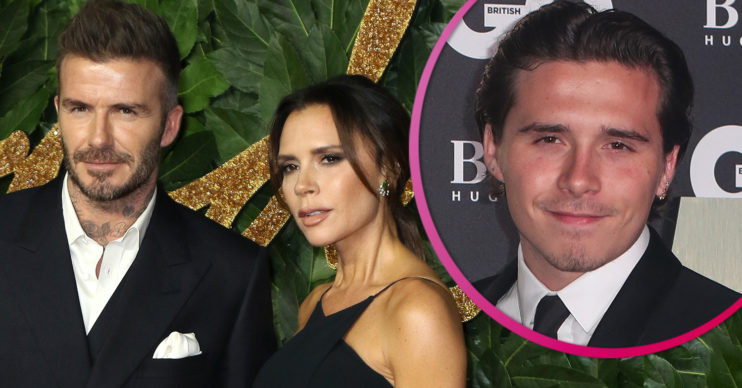 David and Victoria Beckham have been tipped to make millions thanks to Brooklyn and Nicola Peltz’s US wedding.

The 45-year-old retired soccer star – who is the co-owner of the American team Inter Miami – and Victoria, 46, intend to re-launch themselves socially and professionally in America.

And their son’s upcoming wedding is set to help their cause.

A business insider told The Sun on Sunday newspaper: “These are exciting times for David and Victoria.

“They were always looking to spend more time in the States because of David’s club commitments.

“But now, with the wedding and Brooklyn moving to the US, they are redoubling their efforts.

“Victoria has trademarked her brand across the pond.”

Victoria is hoping to follow in the footsteps of Hollywood star Gwyneth Paltrow by moving into the health and wellness market, while Nicola’s dad, Nelson Peltz – a billionaire businessman – has also offered to lend his support to the couple.

The source shared: “Like Gwyneth Paltrow, she hopes to corner the lucrative health and wellness market – which is huge over there – with the launch of her anti-ageing serum and various other VB beauty products.

“And, Nicola’s dad is supremely well connected and has offered to help in any way he can.”

When is Brooklyn Beckham getting married?

Earlier this month, a source claimed that Brooklyn and Nicola will have two weddings in 2021.

The loved-up duo – who started dating at the end of last year – will have one ceremony in the UK and the other in Florida.

Nicola’s dad will reportedly pay for both ceremonies.

An insider explained: “Nicola and Brooklyn’s parents met earlier this year. David and Victoria flew to Florida and stayed with Nelson and his wife Claudia.

“They got on really well over dinner and are in regular contact.

“Traditionally, of course, the father of the bride pays for the wedding – but David and Victoria will definitely want to contribute in some way.”