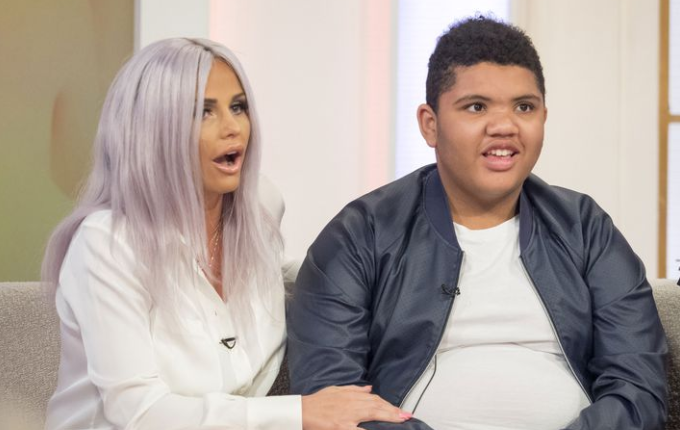 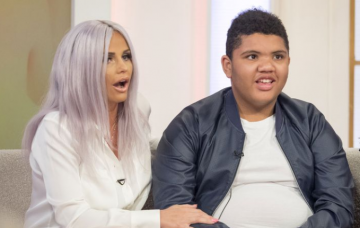 Katie treated him to some pampering

Katie Price’s son Harvey has melted hearts after she shared a sweet Instagram video of their pampering session together.

While her four other children have gone back to their dads’ houses after Christmas, Katie spent some quality one-on-one time with eldest son Harvey by taking him for a manicure.

The 16-year-old, who suffers from Prader-Willi Syndrome, ADHD and is blind, looked like he was enjoying having his mum all to himself again.

Harvey had is first Manicure at KT nails Henfield 💕💕💕

As Harvey sits having his hands treated at a salon in Sussex, Kate, 40, can be heard asking him: “Harvey, what are you having done?”

She adds: “Is this your first ever manicure?…We’re going to make your hands look beautiful, aren’t we?”

Harvey then says “Bless him” at the end of the footage and fans have found it adorable.

Another added: “Harvey is a credit to you @officialkatieprice he’s such a polite young man. #proud”.

And a third commented: “Enjoy your manicure Harv, your hands and nails will be super soft afterwards….. such a lovely lovely young man Katie your absolutely amazing with him. Its so heart warming to see the bond you both have, hes literally adores you, its so visable to see! Xx”

Katie no doubt fancied a pampering session after a stressful build-up to the festive period.

As well as narrowly avoiding bankruptcy, it was looking uncertain whether she would have all her children with her on Christmas day. But after calling a truce with exes Peter Andre and Kieran Hayler she spent Christmas with Junior, 13, Princess, 11, Jett, five, Bunny, four, and Harvey.

However, more drama ensued this week and it was reported that she refused to hand Jett and Bunny back to ex Kieran when he came to collect them.

Things have been strained between the star and Kieran, 31, since they split earlier this year, following his multiple infidelities. They were married for five years.

Let’s hope 2019 is a smoother ride for Katie and her family.

What do you think of Katie’s sweet video of Harvey? Leave us a comment on our Facebook page @EntertainmentDailyFix and let us know what you think.