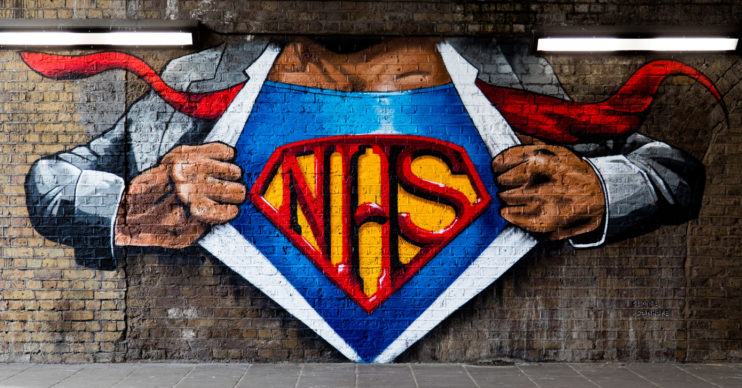 Comes in the midst of the coronavirus pandemic

With the majority of Brits full of praise for the NHS during the coronavirus pandemic, one woman has sparked a fierce debate about the “strange British preoccupation” with the health service.

She made her comments on parenting forum Mumsnet.

Her post was uploaded to the Am I Being Unreasonable chain and entitled: “To think that the NHS is really quite sh*t and that not everyone who works in it is an underpaid hero?”

She then went on to explain her point.

“There is a strange British preoccupation with the NHS which I think prevents honest public dialogue about its many shortcomings,” she said.

“At the time it was set up it was innovative, but now there are many other universal healthcare systems most of which are better than the NHS and many of which cost less money,” she added.

Try living in America for a year and see if you appreciate it then!

The post concluded: “It’s ranked low globally and really quite sh*t. Yet few people dare criticise it. Am I being unreasonable to think that we really need to be far more critical?”

And, while you’d think people would’ve been quick to slam the woman, some actually agreed with her.

“Yep it’s totally sh*t and has been for years, but of course we’re not allowed to say that or propose a better system that, gasp, you have to pay for,” said one Mumsnet user.

“I know where I’d rather be ill and it’s not the UK,” said another.

“It’s not ‘free’ – you pay an extortionate amount of tax for it. And there’s still a HRT shortage, longer waiting times than ever in A&E and people having to do GoFundMe pages to send their children overseas for treatments not available in the UK,” said another.

“As for it not being full of underpaid heros, I agree,” said another. “Unfortunately there seems to be a real problem (in my area) with overpaid agency staff/locums with no emotional attachment to the job simply turning up to work to put in minimal effort.”

Others were quick to defend the NHS and its workers, however.

“Far from perfect but the best we have”

“It’s far from perfect but it’s free for all and it is the best we have. With a cash injection to match the increase in demand then it could once again be amazing,” one woman said.

“What are the other totally universal healthcare systems that are better?” blasted another.

“Try living in America for a year and see if you appreciate it a bit more then!” said another NHS fan.

“The NHS isn’t perfect but it is there for you when you need it,” another stated.

“I also happen to work in the NHS. I love my job and I’m very lucky in that I don’t consider myself to be underpaid at all,” she concluded.